A few weeks ago I gave a talk to some medical students. I called it ‘Finding a ladder you want to climb’. Giving a talk like this gives me an opportunity to reflect on my life and the choices I’ve made and I always learn something along the way. I did my first Ironman as a drunken dare. At the time it was a one off. A challenge that I thought might be impossible. I never had any intentions of doing more than one, let alone dreamt of becoming a professional athlete. The thought never crossed my mind and it certainly wouldn’t have that of anyone watching me race.

I only started to get good at triathlon when I moved to Cambridge to start a research PhD. Until then I’d been working as an oncology doctor in Nottingham. I loved my job as a doctor and despite the long hours never resented any of the sacrifices I made for work. When I started my PhD I wasn’t getting the same job satisfaction. I was working on my own in a lab and work was far removed from the reason I went to medical school – to see patients. For the first time in my life I stopped enjoying work. I missed seeing patients and I missed the day-to-day sense of pride I got from being a good clinical doctor. As a result I started to ‘train’ rather than exercise and little by little got better at triathlon. Triathlon gradually became an ever more encompassing hobby. To some extent training became a way for me to make myself feel like I’d achieved something with my days when experiments in the lab had gone wrong (as they often did).

At the same time I started to question where my life was taking me. If I’m honest I’d moved to Cambridge to do my PhD because it was a ‘prestigious’ place to undertake research. I was climbing an academic career ladder as quickly as possible without really thinking about where it was taking me. I was doing it because I could, not because I wanted to.

With the gift of hindsight I realise that this is absolutely the wrong reason to embark on something that is going to consume years of your life. Doing something ‘just because you can’ is never going to make you happy. Unless you have true passion for what you’re doing you’ll always resent the sacrifices. I never minded when clinics over-ran in the hospital yet resented every single time I had to stay late because my cells in the lab needed feeding. Now, while I don’t pretend to enjoy every training session I don’t resent the sacrifices I make in the name of triathlon. I don’t mind missing parties; I don’t begrudge the lonely, hard, cold winter rides; I’d like to see my friends more but accept that not being able to is part of being a professional athlete. My passion and drive to be the absolute best I can be at the sport is enough for me to push myself through the tough patches and makes every sacrifice worthwhile.

Admittedly when I was injured in January and February, there were times when I struggled for motivation. I was frustrated at my inability to run and not knowing when I would be able to again and felt I was a bit goalless without the focus of an imminent race on the horizon. I was out in Australia for a few weeks and there were definitely days when I wanted to sack my training and go be a tourist. It reminded me how important it is to be clear about your goals in order to retain the drive and motivation.

I’ve realized I don’t need to always be the best at something to be proud. I don’t need to climb metaphorical ladders just because they’re there, or because someone tells me it’s the ‘best’ thing to do. Life is far too short for that. In my experience, it’s rare that we are actually encouraged to think about what we want from life. Usually, we’re taught to make the choice that is ‘best’ for us ‘in-the-long-run’. That’s what I used to do anyway. But what is ‘the long run’? In many respects life is about the here and now. Yes of course we need to think about the future but as I’ve learnt from triathlon, unless we include passion in our decision-making the chances are we’ll never make the decisions that will make us truly happy.

If I’ve learnt one thing from my gallivanting round the world as a triathlete, it’s that it’s important we choose our own paths for the right reasons. Don’t let yourself be talked into something you don’t really want to do, just because you can or because other people think it’s better. Unless you’re filled with excitement at the prospect of your next challenge or venture, the chances are the sacrifices along the way will always be too much.

Simply put, and these words are taken from my good friend Charlotte Roach in a recent blog, when it comes to making a big decision ‘If you don’t think F**K yes it’s no….’ 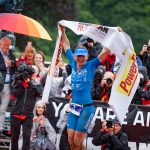