If I’ve learnt one thing since going back to work, it’s that I race better with no pressure. At the start of the year I wasn’t sure I’d be able to race Wales. My final oncology exams were scheduled 4 days before and much as I love a challenge, I doubted I’d find the will or the way to combine the two. But I knew as soon as I finished Bolton that I would be on the start line. Perhaps it was just ‘FOMO’, but I realized that regardless of fitness there was no way I wasn’t going to be part of Ironman Wales. In fact, having the exams a few days before simply added to the excitement. A friend hit the nail on the head when he said ‘Wales alone wouldn’t be exciting’. And I think he was right. Adding an extra element to the months running into Wales made the outcome (not where I finished, but my performance) more uncertain. And for someone who relishes the consequences of achieving something out of my comfort zone that made the race far more exciting. For me, success in triathlon is measured not by position but by overcoming hurdles and getting the best out of myself. My first Ironman was all about ‘achieving the impossible’.  Going into Wales straight after the exams felt not too dissimilar. Regardless, it certainly took away any pressure. I was racing purely and simply because I wanted to be. And that alone gives me an advantage.

I’d be lying if I didn’t say there were times in the last few months when I questioned my own sanity. I’ve been acting up as a consultant since the start of July, which has added an extra element of pressure at work. I’m trying to get some exercise oncology projects up and running. And obviously I had to work for my ‘pesky’ exams. I started preparing for them back in January but as they drew closer I had to dedicate more time and effort to them and my frantic life became even more hectic. Looking back, the hardest part about being so busy was the constant internal conflict. When I was revising, I wanted to be training. When I was training I wanted to be revising. Bizarrely, despite the overbooked clinics, the least stressful days were workdays when I couldn’t revise or train. All I had to do on those days was try to do a good job at work and there was no internal conflict. Most of the time, I felt I was juggling too many balls and I know deep down, I was pretty close to dropping them on.

It turns out the saving grace was two of my best friends’ wedding in Mallorca, exactly 2 weeks before the exam. On paper, this was the absolute worst possible timing but with hindsight I reckon it saved me. I was forced to give myself 4 glorious days in the sun with no work, no revision, no social media and some magnificent ‘just because’ rides. As I said on twitter at the time, sometimes you don’t know what you need until it’s forced upon you. The wedding pressed the reset button for me just in time. It rejuvenated me mentally and physically and more to the point was just incredibly fun.

The exams were last Wednesday. 6 hours of MCQs in a driving test centre. Horrendous.  I really hope I’ve passed. I don’t think I could have prepared any better but they were esoteric and tough. I couldn’t even think about the Ironman until Thursday and even then, initially, it was with a sense of dread at the prospect of sorting out my kit that had been dumped in piles in the bike room since Bolton. It was only when I woke up on Friday morning in Tenby having slept for 10 hours that I could even started to get excited.

Anyway, I’m rambling. The race. Well words simply can’t do it justice. I was truly humbled by the support, which is impossible to describe unless you were there. It was overwhelming and I’m not exaggerating when I say I get shivers down my spine and tears in my eyes each time I relive it.  I honestly don’t think any race could ever cap this. For 9 hrs and 52 mins I was being cheered. The roar of noise running up from the beach to T1 was deafening. There were people all the way round the bike course with Tour de France style support on the main climbs. The run was simply bonkers. At times, it was overpowering. I was in tears running back through town with 7 miles still left to run. And the final mile I flitted between tears and laughter. I have never, ever, experienced anything like it. I’ve certainly never wanted to keep on running in an Ironman before.

For me, my 9th place in Kona 2016 8 weeks after breaking my collarbone was the race that defined for me how good I could be. Wales 2018 is the race that defined just how much I love triathlon. I was racing with pure, unadulterated joy and passion. Racing with number 1 on my belt didn’t add pressure; it simply added pride. It’s very rare that I’m lost for words but I’m struggling to articulate just how much the support on Sunday has moved me. The kind comments from people I’ve never met, either to my face or through social media, have touched me more than I can say. So thank you! I think they are undeserved but thank-you. Big congratulations to every single person who raced in Tenby last weekend. Ironman Wales is unique and in my book it’s by far the best Ironman in the world. 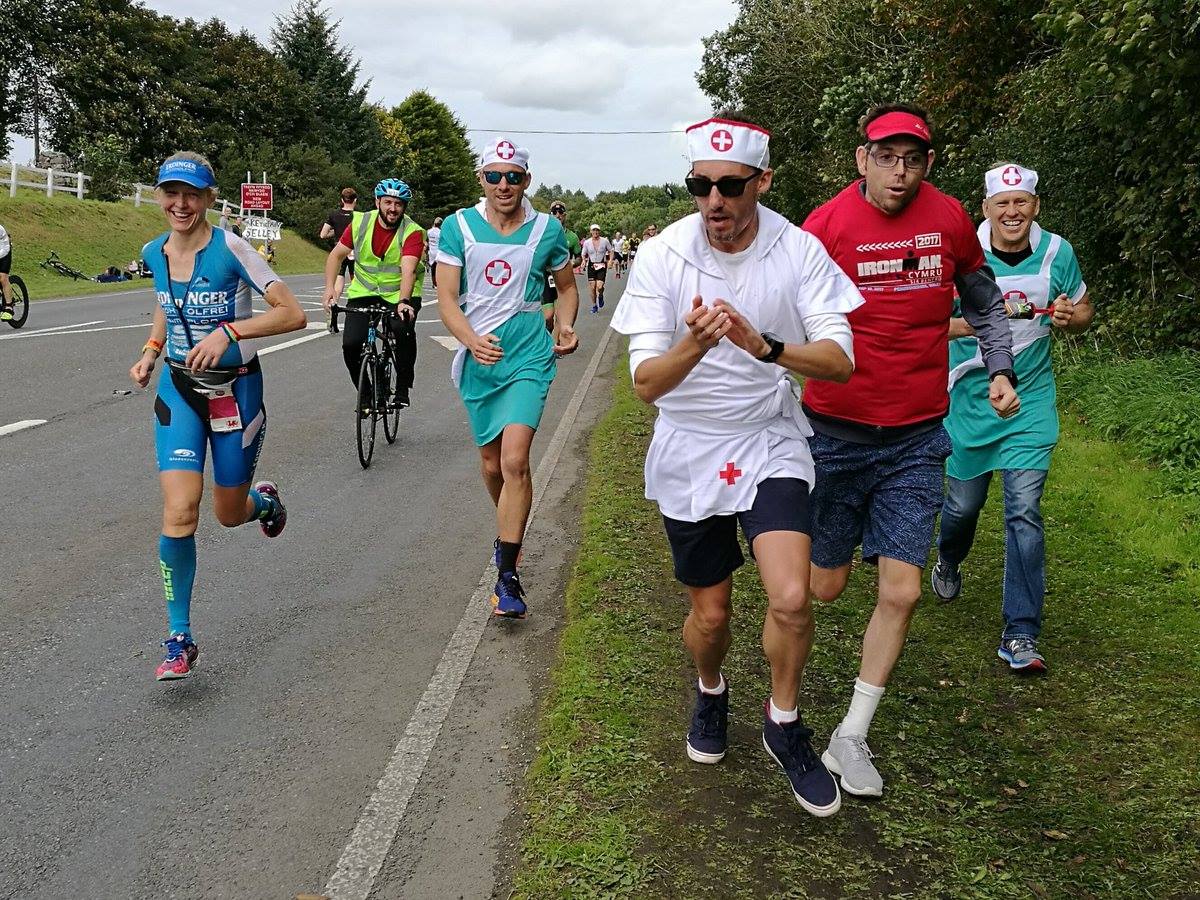 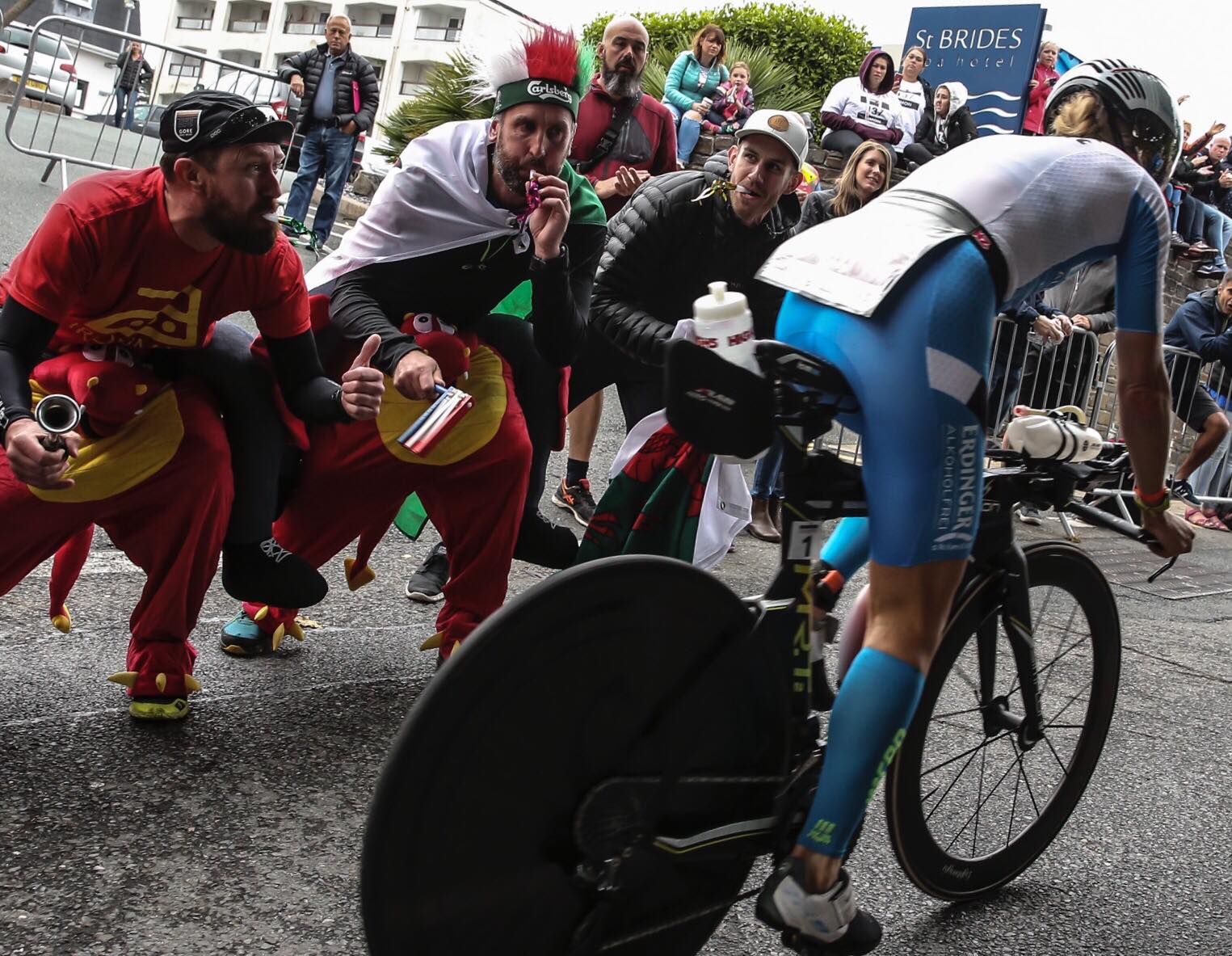 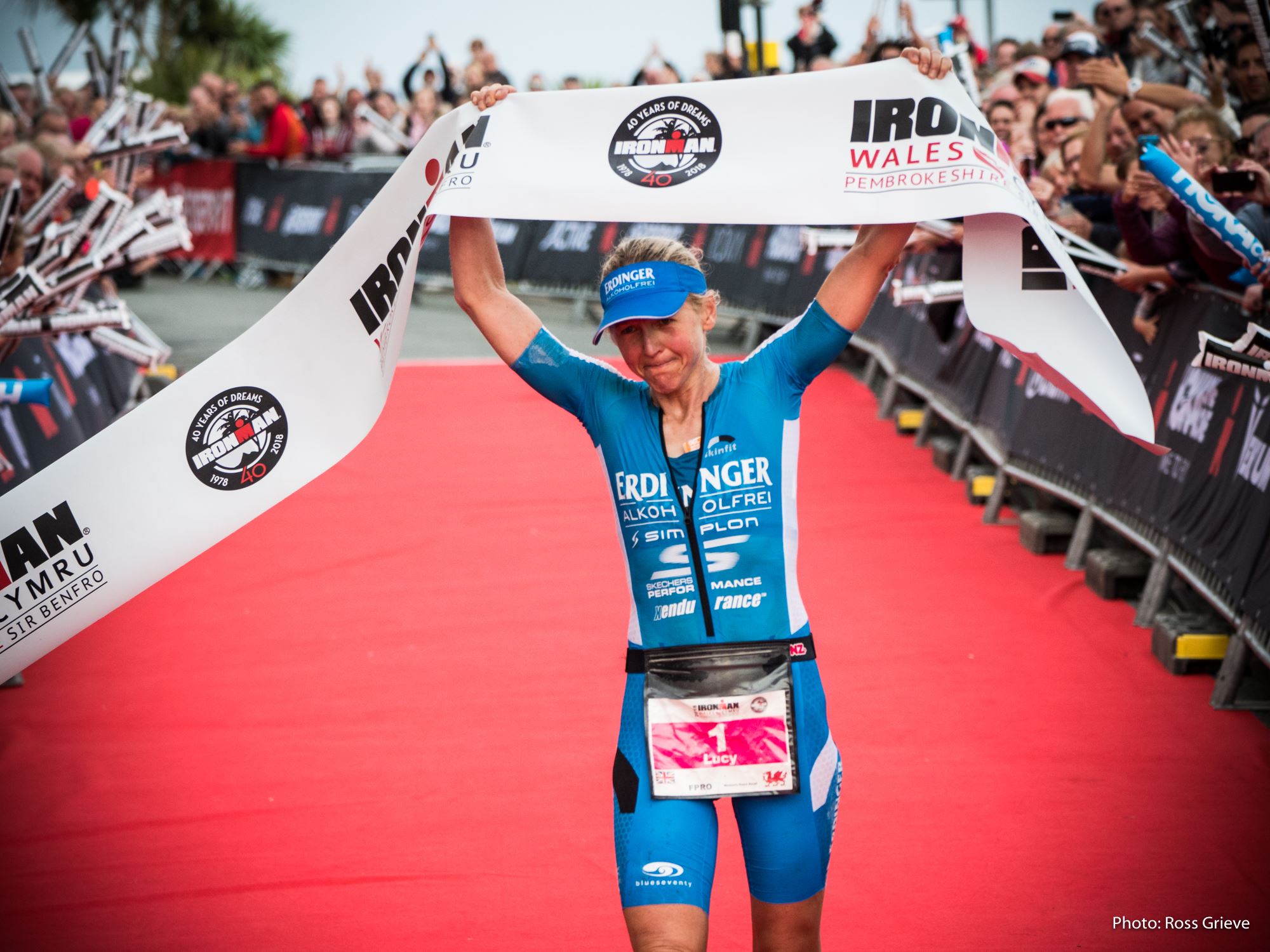 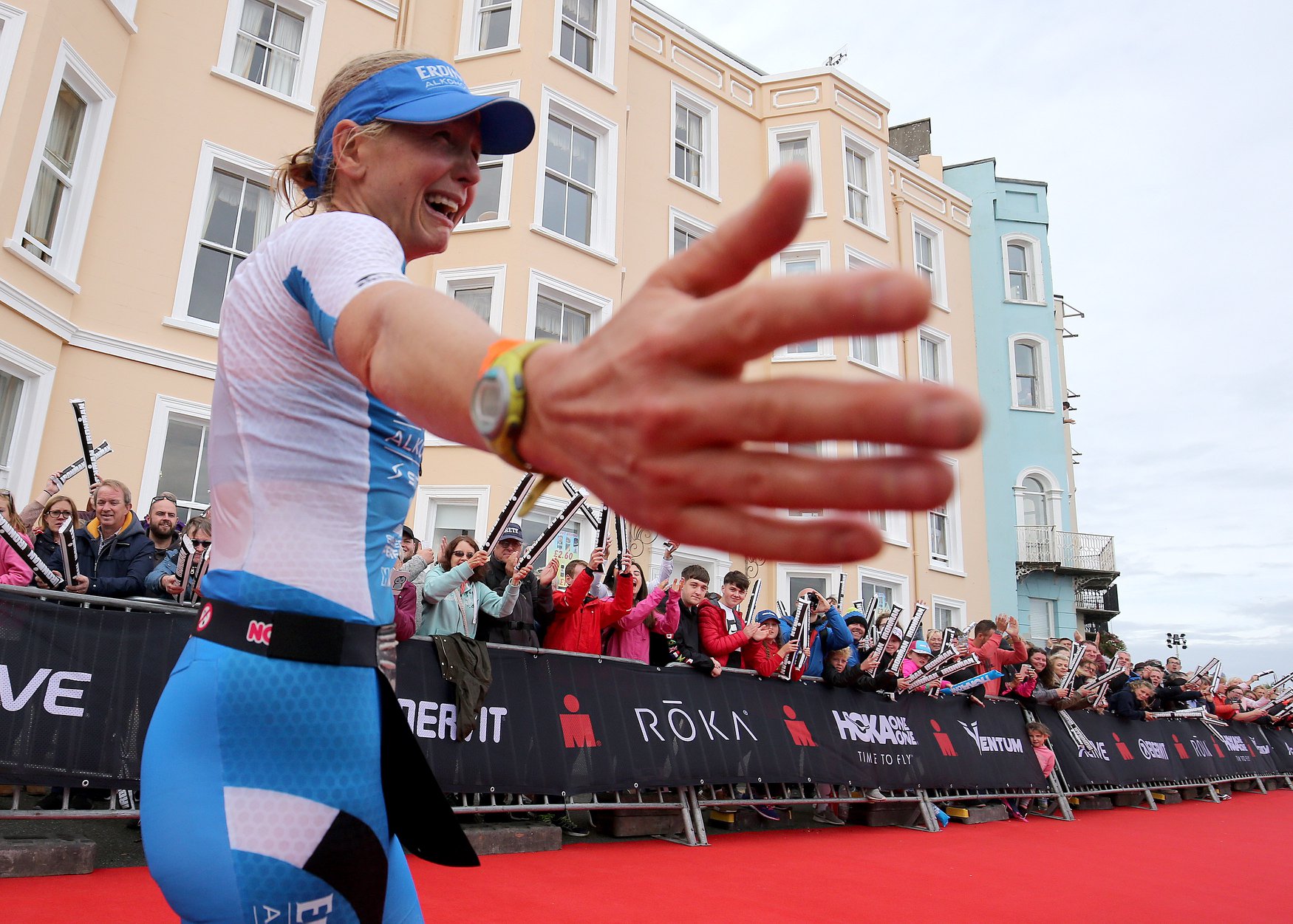 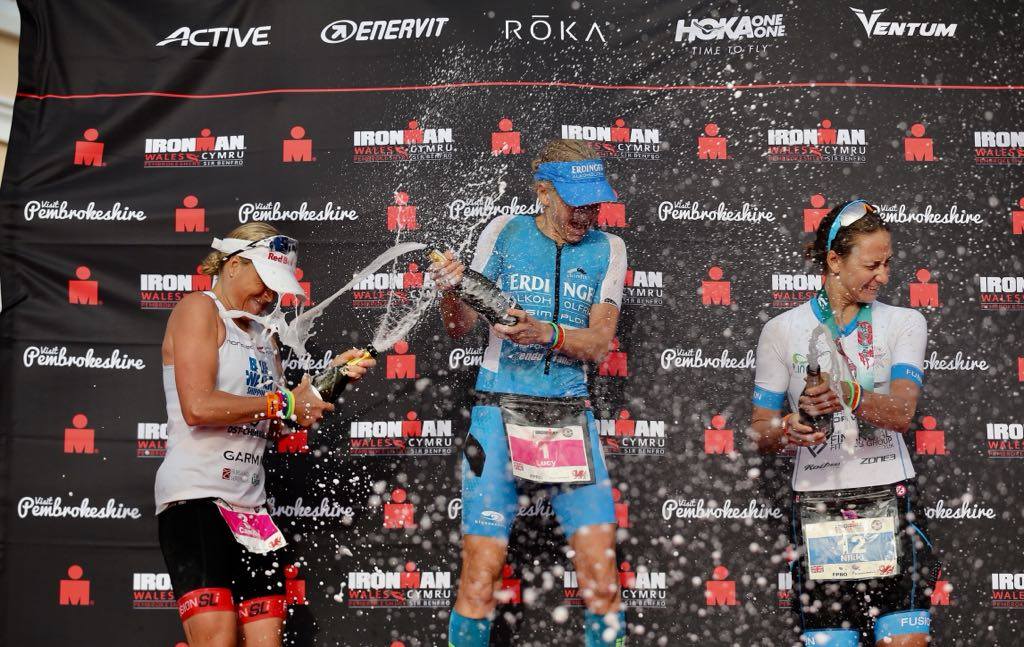 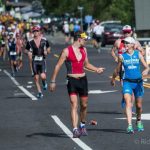 Why I don’t believe in DNFs. 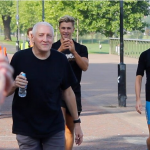