Ironman UK 2016 will be a race that I remember forever. I’ve always loved this race, ever since I completed my first Ironman back when it was held in Sherborne in 2006. I actually only entered on the closing date. So many people, mostly people I didn’t know on social media, had been asking me whether I would be there racing. I didn’t need to do another Ironman and was meant to be in the Alps with some friends on a training holiday. But ultimately, I realized that I didn’t want to be watching the race unfold from a laptop in the mountains. I wanted to be a part of it. I wanted a shot at retaining my title. And I wanted to embrace the crowds and immense support I’d received when racing in Bolton in 2015. Entering a race as a professional purely and simply ‘for fun’ is refreshing. We should do it more.

As it turned out, for personal reasons, the week running into the race was stressful and emotional. Until Wednesday the thought of racing an Ironman was absolutely inconceivable. And given that I was only doing the race ‘for fun’ I questioned whether or not I should even try to make the start line. I honestly wasn’t sure I’d be able to hold myself together for the duration of an Ironman, let alone enjoy the process. But as the week went on I remembered why I had entered. I love racing and I love racing on UK soil even more. Not many people get shivers running down their spine when they arrive at Pennington flash but I do. As soon as I arrived at my hotel I realized that I was excited to race and that starting was the right thing to do.

I’m always emotional at the start of an Ironman. I guess the enormity of the challenge ahead, combined with the nervous energy and anticipation of 2000 other people, brings these emotions on, and I often have tears in my eyes. This year I ended up on the pontoon far too early. Standing there, on my own, looking out over the water, with thousands of athletes and spectators behind me getting ready for their day, I started weeping. I wasn’t really sure why. I sometimes surprise myself with my emotions. I’m normally very much in control yet sometimes the taps open and when they do I can’t turn them off.

In terms of the race, it was pretty awesome. The swim was a swim of two parts. First lap completely solo in perfectly calm flat water; the second lap like Armageddon. Age groupers were still getting in the water while we were starting our second lap and there was literally nowhere to go other than through them. It probably wasn’t ideal for them but from my point of view stopped me getting bored. All in all it turned out to be a very decent swim for me, particularly as I was swimming solo.

Onto the bike, which, other than the first hour that I rode conservatively, losing 90 seconds to Tine, I raced like a lunatic. When I caught Tine Deckers around 40 miles in I attacked and tried to drop her on a technical descent and flatter section. After 10 miles of flat out time trialing I realized this wasn’t going to work, so eased up a bit until the next big hill that I raced like a one off hill rep. ‘Pretend you’re in a breakaway in the Tour de France Goss’. So I did. Probably the most fun ride of my triathlon career. The course is technical, hilly and there was tons of support out there. Not just from spectators but also from the riders I was lapping. And to end with a police escort for the last 6 miles or so back into Bolton was pretty awesome. I remember taking a few seconds to stop pedaling and reflect on how lucky I am to be given these opportunities. They won’t last forever.

I ended up with a 4 or 5 minute gap to Tine at the end of the bike, which I knew, all being well, would allow me to run a fairly comfortable marathon without too much pressure. My run isn’t quite there yet but it’s coming back and unlike my races earlier in the year I was confident I’d be able to run a semi-decent marathon. I like the Bolton run course. You have 10km on your own down the canal to settle into your rhythm before starting the 3.5 laps through the town centre. And the laps are easy to break down. 2.5 hard miles up hill, 2.5 easy miles down hill, 0.5 miles for free in the town centre (the crowds make this bit effortless) and repeat. The support in Bolton has always been special. But this year it was completely overwhelming. I have never had so many people yelling my name and cheering me on for so long. Again, it wasn’t just the spectators. People I was running past, probably who were suffering more than I used their energy to cheer me on. And the positivity and enthusiasm I got from the pinch points on the course where the crowds congregate was absolutely unbelievable. It seems a cliché to say it was humbling but truly it was. I guess perhaps for the first time I realized how many people know me and wanted me to perform and achieve. It felt like the whole of Bolton was willing me on. I was welling up at several points on the run. At the final turnaround, with the massive cheers from the volunteers at the aid station, I started crying. As I was running through town the final time I was crying. And at some point on the finish line I was crying. They weren’t sad tears. I’m not really sure why there were tears. I guess I was overwhelmed with a combination of pride, gratitude, joy and disbelief at where my life has taken me. I’ve never felt so much love and support from so many strangers and accepting this definitely is humbling.

I went down to the finish line in the evening to see the final finishers and give out the medals. I know Ironman is a commercial enterprise and there is lots about the brand that I disagree with. However, as a concept, Ironman is a metaphor for life in so many ways. And seeing the emotions on the faces of people of all shapes, sizes, backgrounds, ages, as they cross that finish line after 16 or 17 hours is something special. The best bit was seeing the tears on a teenager’s face as he saw his mother cross the line just after the 17 hour cut off, with Paul Kaye and Jo Murphy re-energising the crowds so she had the atmospheric finish she deserved. She wasn’t meant to get a medal but she did….

This win was a special one for me. Racing this year has been challenging for various reasons, with injuries earlier in the year and I messed up my last 2 races with silly mistakes. But to some extent I’m grateful for these obstacles. I’ve always said triathlon teaches you so much more than swim, bike, run. This year I’m realizing this perhaps more than ever. 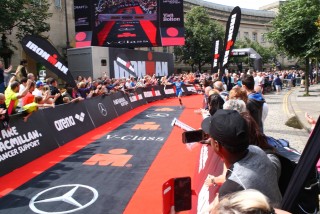 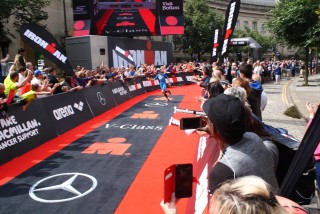 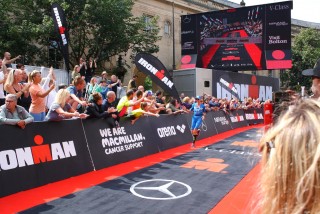 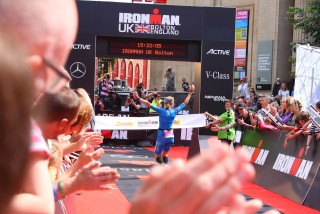 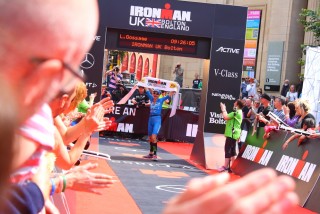 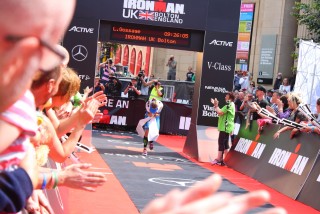 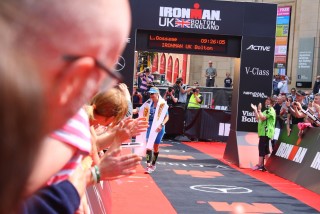 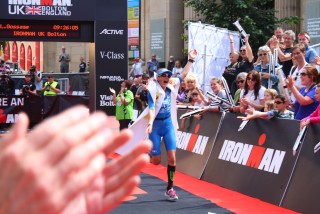 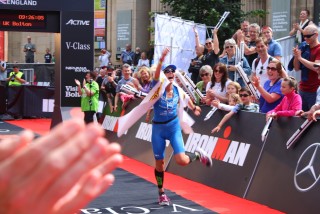 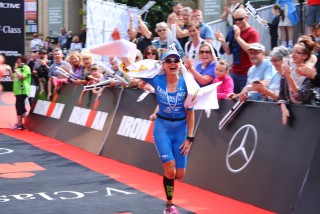 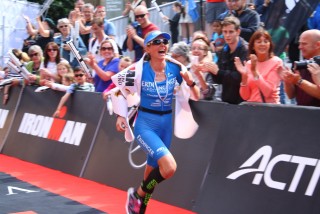 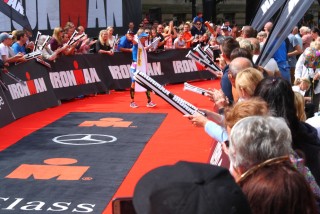 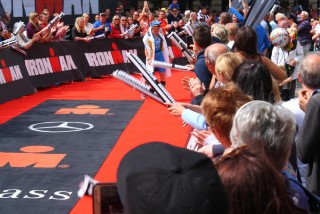 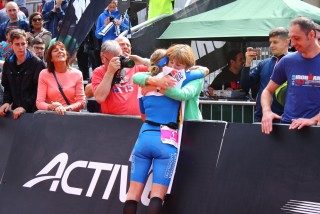 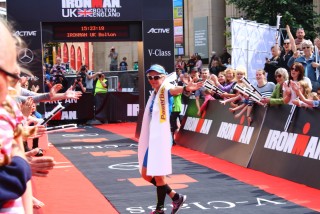 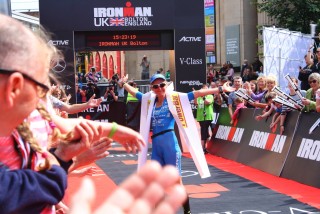 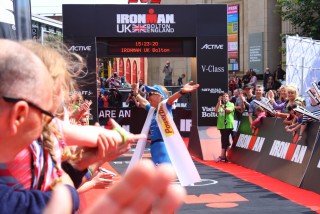 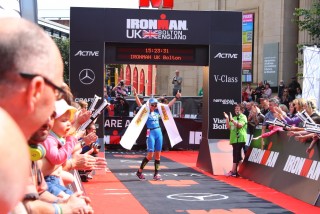 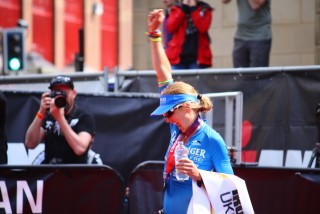 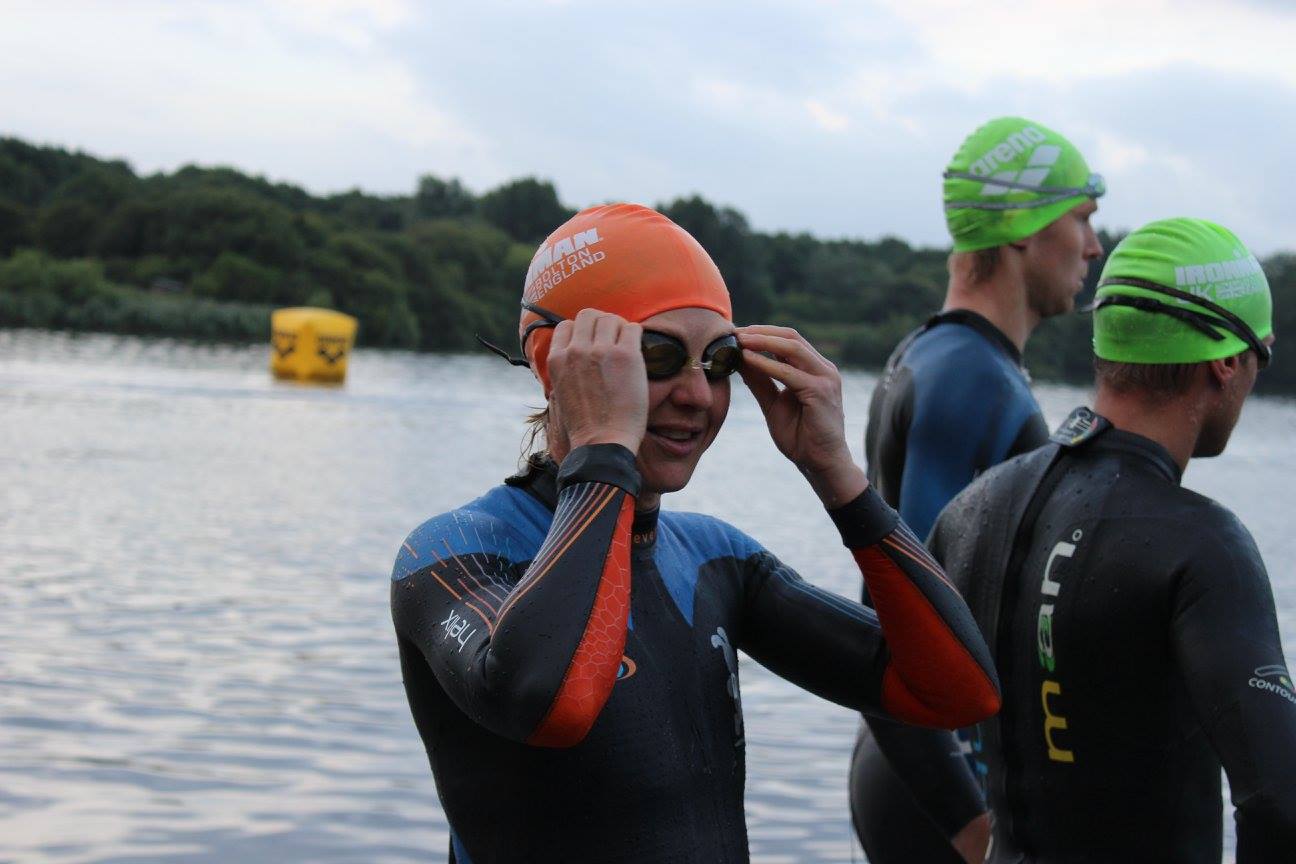 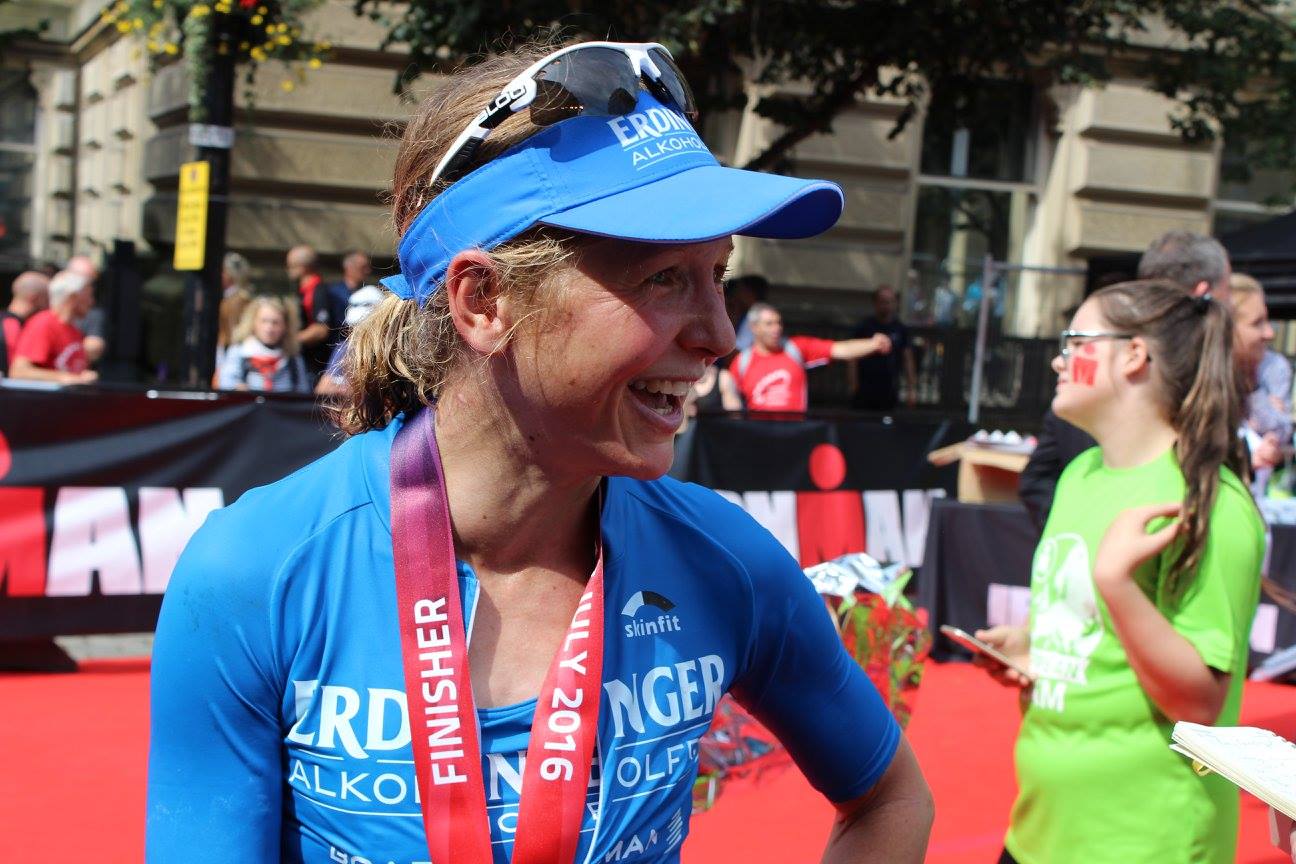 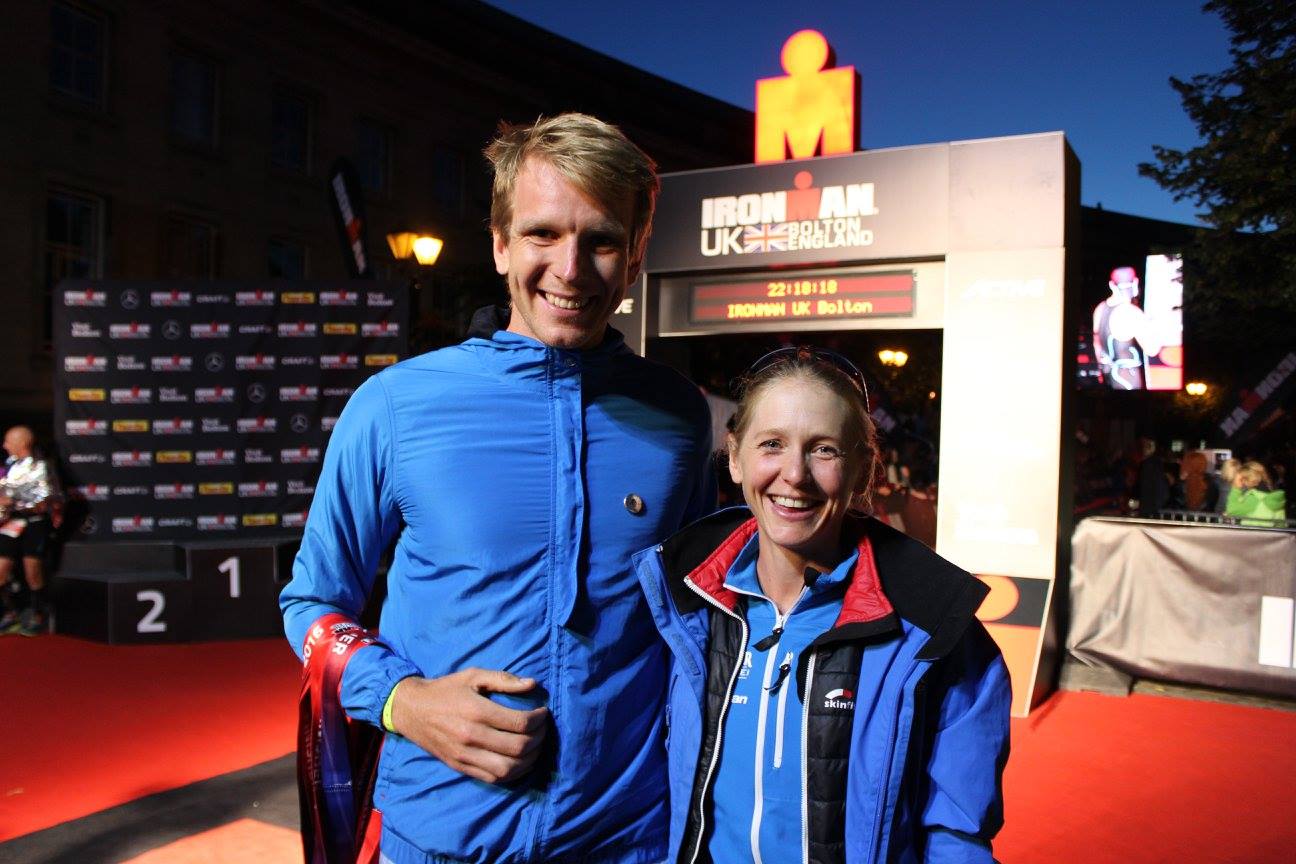 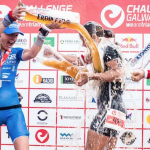