July, the month of mountains

I can legitimately say my recent trip to the Alps was work. However the number of days when it felt like work was one (and that was a rest day that involved bike mechanics). The others felt, just as they always do in the mountains, like a holiday.

I’ve been to Morzine twice previously. Once in 2010 when James, Tom and I were persuaded by Charlotte Roach (read her book if you want to be inspired, http://www.amazon.co.uk/Long-Ride-Home-Beijing-Guardian-ebook/dp/B00LABRA5G) to tag along as the token age groupers on a junior elite training camp ran by Steve Lumley. Turns out some of the athletes there did ‘ok’- anyone heard of Non Stanford? Looking back that trip probably influenced me more than I realized at the time, and not just for the games of ‘Gossage Buckaroo’. I’ll leave it to your imagination to work out what that involved…. The second trip was in 2012 when a few of us crammed into a box apartment for a week or so.

In terms of locations for summer training camps you’re hard pushed to beat Morzine. The mountains provide a stunning backdrop for riding and running and there are outdoor and indoor pools and a lake that makes swimming something even I look forward to. This time Emma Pooley and I had been generously invited to stay in a luxurious chalet just outside Morzine by Colin, a retired cycling friend from Cambridge, and his wife. Quite a contrast to the cramped basic ski apartments I’ve stayed in before. So, not only was I spoilt by staying in absolute luxury (thank-you so much Colin and Barbara) I was also fortunate to be able to train with (or behind) the best female climber in the world, who also happens to be great company.

This trip was an eye opener in more ways than one. I used to think I was pretty good at climbing mountains on a bike; well this illusion was quickly thrown out of the window when I was riding with Emma! On the other hand, for the first time ever, I discovered the joy of descending fast. While descending will never be my forte, for someone whose catchphrase on previous training camps was ‘brakes on’ I’ve made massive progress and, perhaps more to the point I’ve learnt that descending can be fun. All in all I got a great block of fun training in and I hope the effective strength work I was doing out there will pay dividends closer to Hawaii.

While Emma left to race La Course and the Commonwealths (if you hadn’t heard she got two silver medals, the latter of which was probably the most selfless silver medal of all time – if women’s cycling had a more prominent press surely she would be a candidate for SPOTY) I tootled across the Alps to tick off one of my bucket list races, the Alpe d’Huez long course triathlon. This is truly one of the iconic races on the circuit and one I’ve had my eye on for a while. 2.2km swimming in a glacial lake (13 degrees in the shallows so probably 11 or so in the middle – whatever, blooming freezing!); 115km ride including 3 mountain climbs, the last of which is the 21 hairpins of Alpe d’huez. And then a 22km hilly run at altitude at the top of Alpe d’Huez. Stunning. Testing. Epic in every sense.

All in all I had a very solid race there. The swim was horrible – it was the same for everyone but the water was so cold that it really was survival. Gone were any thoughts of efficiency; all I could think was the more inefficient you are the more likely you are to stay warm. Despite being completely and utterly outclassed on the bike by the incredible Cat Morrison I felt like I was riding reasonably well and was just beaten by someone better than me on the day. I rode the first climb relatively conservatively, knowing I’d see many of the guys who overtook me later on in the day and the second two harder and descended well given my abilities. The run is challenging; hilly and at altitude. I definitely warmed into it throughout and if we had splits wouldn’t be surprised if my last lap was significantly faster than my first.

Overall, it was a great day and, if you like mountains, definitely a race I would highly recommend. I couldn’t have done anything better on the day and am pleased with my race; perhaps the only thing I would change next time is to race on a TT bike rather than a road bike. On the advice of my housemates, both of who had survived (only just, Tom had perhaps his most dramatic bonk ever) this race a few years ago, and had adamantly advised me against even contemplating riding the course on a TT bike, Chain Reaction Cycles, ever accommodating sponsors that they are, had sorted me out with their smartest Vitus road bike for the race. Though the bike itself was by far the nicest road bike I’ve ever ridden if I’m honest, I never quite got to grips with riding it hard. I normally only ride a road bike on café rides and, throughout the trip felt as though I was struggling to ride as aggressively both on the climbs and the flats as I would normally (though that may just be psychological, given that I was riding with Emma!)

Firstly, don’t take advice from people whose memories of a race are blurred by mega bonks.

And second, don’t make dramatic changes to anything just before a race. I train on my TT bike all year round and it fits like a glove and I think with hindsight, it’s always best to race on what you train with regardless of the terrain.

Anyhow, all in all I’m more than satisfied with my performance. A solid second (13th overall) behind the legendary (and lovely) Cat Morrison fairly reflects where I am fitness wise as I build towards Kona – which suddenly no longer seems that far away!

By the way, if you missed it here is an article I was asked to write for Youth cycle sport after saying a few words at a kids triathlon in Saffron Walden. 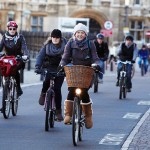 Life as a pro 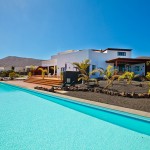 Getting ready for the big one