Norseman. It is for you.

“I thought you’d retired?” If only I had a pound each time someone said that to me after Norseman. But what is retirement? Do retired pro-athletes no longer challenge themselves? I still train, and by most people’s standards train a lot.
Yet, no longer is my life dictated by triathlon. I do what I want to when I want to. I set myself challenges on a whim. And I’m working down my ever-expanding bucket list depending on how I feel. Cycle touring in Thailand and Peru; A cross- country ski marathon; The Scilly isles swim-run; The long course weekend; A local run series I’ve always wanted to do but have never dared because I feared injury; And now Norseman. Even I don’t even know what’s next.

I thought Patagonman would be my last ever long-distance triathlon (if you’ve read my blogs before, you’ll remember ‘my last ever’ is a recurring theme). But actually, all it did was give me a lust for adventure and reignite my passion to try new things. Norseman has always caught my eye, but with no prize money and limited lure for sponsors it simply didn’t make sense to do until now.

X-tri races are different to most long distance triathlons. Firstly they are smaller, with around 300 participants. The majority are point-to-point races. And unlike most races, there is no official support. Instead, you are completely reliant on your own support team for fuelling, hydration, kit changes etc. They have a completely different vibe to Ironman and the organisers get to know everybody personally.

In Norseman, you board a ferry at 4am, jump off it into a fjord at 5am, swim 3.8 km back to Eidford, cycle 182 km up and down mountains, crossing the Hardangervidda plateau in some of the most breathtaking scenery you can imagine (the ride starts with a 30km climb up to 1200m and then oscillates up and down with a total of 3500 m elevation) and then ‘run’ a marathon. In Norseman ‘run’ is a loose word. The first 25k is relatively flat around another fjord. At 20k you get your first glimpse of the finish, Gaustastoppen, the summit of Mount Gausta at 1850m. “That’s where we’re going?” you’ll gasp when you see it. From 25-36 km you climb Zombie hill, 11k at 10% gradient up a switch-backed tarmac road. At 32 km, the slower athletes are sent to a different finish line with what sounds like a horrible final 6k, but by all accounts has a great atmosphere, compiling 10 x 600m laps around a small lake. Only the first 160 (and this year the additional 40 ‘world championship’) athletes are allowed to summit the mountain. For us, the final 5k to the finish averages 15% gradient over rocks, boulders and a bit of trail, to the finish ‘on top of the world’.

Saturday was a special day for me. I enjoyed every minute, from first boarding the boat with Louise Minchin, to topping the mountain 11 hrs 27 minutes later, bar the 25km of flat running when I was limited by some very sore plantar fascia I knew would cause problems. Zombie hill was tough, super tough, but I relished the toughness; that’s what I’d come for. My parents have been to most of my big races over the years, but this was the first time I have been reliant on them to complete a race. I under-estimated their prowess in doing this, particularly since dad is on crutches. They were a world-class support team and I don’t think anyone could have had better help than they gave me. Racing with them as an integral part of my team made the day even more special and has given me memories I will cherish forever. Supporting me on the final 5k was Helle Aanesen, the awe-inspiring founder of Aktiv Against Cancer, a large Norweigan charity aspiring to incorporate physical activity into the cancer care pathway in Norway. After the race, we had a great meeting sharing ideas with the CEO of Zalaris, Hans-Petter Melerud who also got his black t-shirt on Saturday. I would never have believed that my oncology world could meet my triathlon world in such a way and I’m excited to see where these connections may lead.

Performance wise I raced well. My swim rarely changes. I biked fairly conservatively, knowing I needed to keep something back for the run but was riding as strongly at the end as I was at the start. The first 25km of the run was painful but I trotted my way through, looking forward to the pain of the mountain to numb the pain of my feet. I had no idea how I would tackle Zombie hill but decided at the bottom to go for a 200 steps running, 20 steps walking strategy. This roughly equated to 2.5 mins running and 20 secs of walking and it worked. It made the 12km manageable and I suspect was quicker than trying to run the whole thing more slowly. It also prevented longer walking breaks. After the 32k point I managed to increase this ratio to 400 and 20. And when I got to the off-road section I just went as hard as I could without falling over. I’d naively assumed that this run would be easier than an Ironman marathon because you’re ‘walking’ the last 17km. I was wrong.

Personally, I had no idea of the scenery on that final 5k until I reached the top. I’d been focusing so much on where to put my feet, and where the path went, that I hadn’t looked around at all. Arriving at the summit, once you’ve caught your breath enough to look around, the view is overwhelming. I felt like I’d simply popped up on top of the world, with a vista of mountains, lakes, clouds and sky. Apparently you can see one sixth of Norway from the top. The Norseman finish couldn’t be more different to an Ironman finish line, but it is just as good.

I may no longer be living my life as a professional, but I still love racing. For me now, the joy is turning up with no expectations, lots of unknowns and the simple challenge of pushing myself as hard as I can in beautiful parts of the world.

11 hrs 27 minutes of work for a cup of soup and a black t-shirt. Bonkers. But days like this provide memories that last a lifetime.

Don’t ride in a pack on a motorway for your next long distance triathlon. Take yourself on an adventure. You won’t regret it.

Post-script: my only negative comment about the race is having two separate starts for ‘world championship’ athletes and the rest of the field. I came to race Norseman and wasn’t aware of the ‘world championship’ part of the event until I arrived. My comments are, that while there is scope for an X-tri world championship, with slots available for faster athletes who have qualified from other X-tri events around the world, everyone racing in Norseman should start at the same time. The winner of Norseman is the first to the top. And everyone who reaches the top should get the legendary black t-shirt. 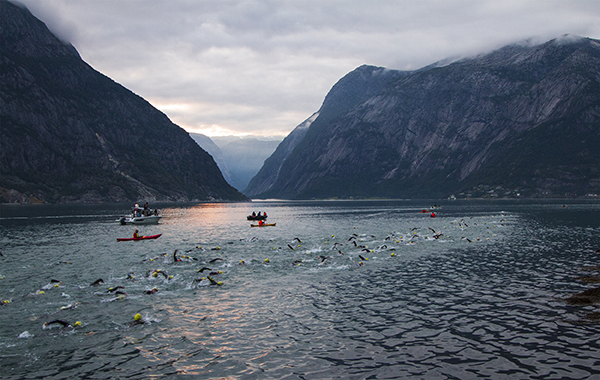 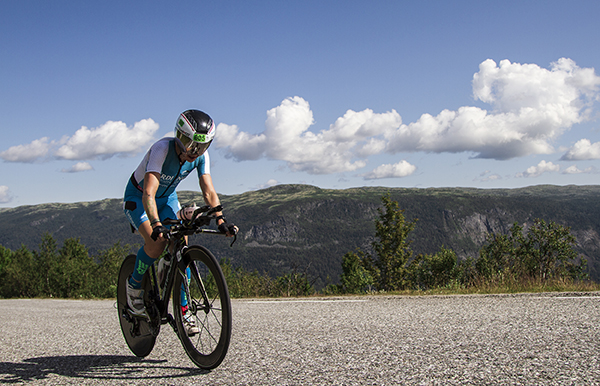 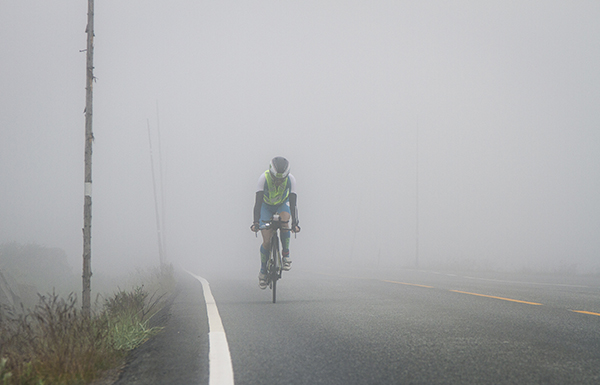 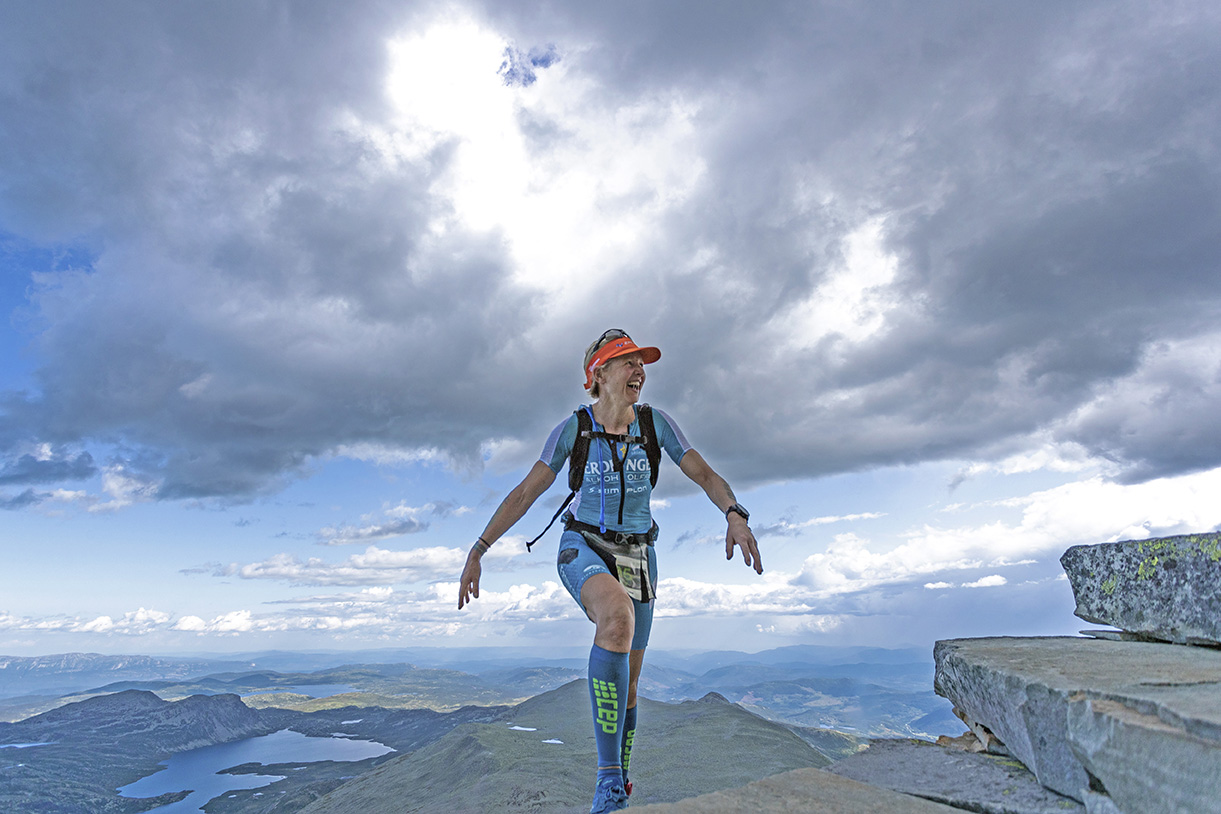 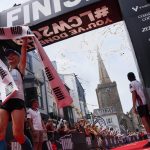 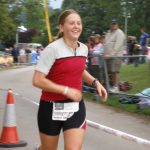