The start of the second half: Tri-star Milton Keynes

After a semi planned but crash enforced mid-season interval it’s time to get racing again. I’d planned TriStar Milton Keynes as a warm up to bigger races later in the season, thinking I should make the most of such a local race without the disruption of overseas travel.

Anyone who knows me will be very aware that I’m someone who says what they think….

So when TriStar announced they were cancelling the prize money 8 days before the race was due to take place I was the first to comment publicly on the unfairness of this decision. I’d made a lot of plans around the race including changing the timing of a training camp in the Alps and was banking on finishing in the top 3 to pay for the trip. So I was pretty furious to find out there wouldn’t be any prize money, and was even more cross that we were only informed of this the week before. Had I known even a bit earlier I could have changed plans to race Antwerp 70.3 the weekend before.

So my initial reaction to the news was not to race. However, when I emailed TriStar to express my disappointment I was extremely impressed with their response. Not only were they genuinely apologetic but they were also very honest. They didn’t make false promises and made every effort to look after me as well as possible, within the constraints of no prize money. This was in stark contrast to the response I received from Tri Grand Prix last year, who, while looking after me very well at the Spanish race were distinctly less than forthcoming in response to a dispute regarding the prize money after the race. Ultimately we need races to compete with the Ironman and Challenge brands and it’s important for lower tier pros like me to have races which will provide exposure for us and our sponsors. However we can’t live off thin air and cancelling advertised prize money at such short notice is unacceptable.

Having said that, honesty, integrity and open communication goes a long way in my book and in the end I was pleased to support TriStar in the hope that they will continue to grow as a company and will be able to provide more races with prize funds for up and coming pros in the future.

So in the end I decided to do the race and am very glad I did. Milton Keynes may not be the most glamorous of locations but TriStar had done a great job at getting the finish line looking good, and, despite the field being small had managed to create an energetic race atmosphere.

On reflection I had a decent enough race. My swim was average; I think I was swimming OK for me but got more beaten up at the start than I have in any Ironman. Not sure why – maybe the short swim made for a more frantic start. Anyhow you can’t lose or gain too much time in a 1km swim! I rode well though got somewhat irate at a bunch of guys who caught me towards the end of the last lap in a huge pack and tried to make it as difficult as possible to ride my own race at my own speed – more than one expletive came out of my mouth and I’m sure several of them wondered how such loud high pitched shrieks could come from a small girl dressed in pink. They deserved the yells though and I think that draft busters were definitely needed! Eventually I got past the pack and then yo-yoed with another rider for most of the last lap which helped keep the pace reasonably high. Though my legs felt good, the run felt much harder than a 70.3 run – I guess because it is shorter you try to run harder and though my split wasn’t amazing I felt like I was working pretty hard for most of it! I ended up winning by 5 minutes or so but was very impressed by Anna Turvey who finished second. I think I was riding pretty strongly and she wasn’t far behind at all – someone to keep an eye out for next year I reckon!

So all in all a fun hard training day and a good way to get back in the racing groove after a bit of a break.

One of the benefits of the TriStar races is the shorter run means much quicker recovery; the 10km run didn’t trash my legs so the decision to fly out to Morzine the day after for a week in the hills was a good one.

Looking back at the last 6 weeks I know I’ve banked some solid training sessions including several bike time trials (1hr 55 for 50 miles – whoosh!) and some hilly runs. Somewhat scarily it’s now time to see whether any of this has paid off as my next races are distinctly more competitive than this one!

First up is the Ironman 70.3 European champs in Wiesbaden, Germany this weekend. The field is absolutely stacked so if I get anywhere near the top 10 I’ll be very pleased. I’m somewhat intimidated by the huge number of big names on the start list but this is what I wanted from the race – a chance to see how far behind them I am. 3 weeks later it’s the Powerman world champs in Zofingen. This could be very good or it could be a disaster – time will tell!

The training’s in the bank and it’s time to start drawing on it. 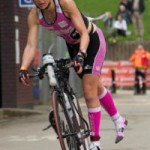 Building back some self belief 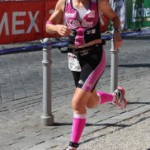 A bit of a breakthrough?