When I started out as a triathlete it took me a long while to pluck up the courage to join a triathlon club. I thought it would be full of serious, speedy athletes who took it all far too seriously and would laugh at the likes of someone like me who didn’t know the first thing about swim lane etiquette, group riding and intervals. Initially I would only go to the swim sessions if a colleague from work would go with me. And when I eventually became brave enough to go on my own I’d turn up as late as possible so I didn’t have to talk to anyone before the start. I genuinely thought I wouldn’t fit in to a sports club and that people would be asking themselves what on earth I was doing there. The ridiculous thing is that by that stage I’d already finished an Ironman so should have had a bit more confidence that I wasn’t a complete muppet.

However it didn’t take long for me to realise how wrong my assumptions about triathlon clubs were. Rarely are they full of ‘tri-geeks’. Yes there will always be a few people who take it a bit too seriously, but generally clubs are made up of diverse personalities from all walks of life. Different backgrounds, different educations, different incomes, different ages. Yet a unifying common interest that we all enjoy being outside and pushing ourselves physically.

Yet still, even now, despite having proved myself to myself time and time again, I’m somewhat nervous about turning up to new group training sessions. When I joined in with the TFN swim session a few weeks ago my first instinct was to jump in the slower lane thinking I’d be holding everyone up. And last week in Lanzarote, when I joined in with one of Bella Bayliss’s swim sessions I worried I wouldn’t be able to keep up? Would everyone else be quicker than me? Would the other athletes look at me and think I was a fraud. When I see other professionals out training I still think they look at what I do and laugh.

I find myself in a situation where people who don’t know me expect me to be something special, particularly in training. Yet in my head I’m still ‘little Lucy who bumbles her way through triathlon’. If I’m honest I think I preferred being the Lucy that no-one knew who could turn up to training and races with no pressure and no expectations. Nowadays I have all the gear and people expect me to know what I’m talking about. In December, my 4th run back after an injury was the Lanzarote half-marathon. Obviously I wasn’t planning to race it properly – my only goal was to get round safely without any niggles. But I was wearing my sponsors’ kit and doing my rehab exercises waiting for the start, so I perhaps looked like I was there for business. However I felt a bit of an idiot when someone came up to me and said, “You look like you know what you’re doing, what time are you going for?” I replied “Oh, nothing special, probably 1.35 or so”. The guy then walked off muttering to his friend “Blimey she’s got all the gear and no idea!” It made me realise that in some ways life was easier when I didn’t have the best kit and didn’t look like I should always be going quickly!

In the same vein, I used to think pros were different to the rest of us. When I briefly met Will Clarke and Emma Pooley through Cambridge tri club years ago I would have been far too nervous to even think of going up to them to say hello. They had been to the Olympics. They must be superhuman. I was in awe. Why on earth would they want to talk to someone normal like me? I’d now class both of them as friends and I promise you, they are just normal people, with the same worries, stresses, hopes and fears as the rest of us. They just happen to be able to swim, bike and run quicker than most.

It’s crazy how I used to put professional athletes up on pedestals. Pros, even the very best in the world, are just normal people who happen to be able to get round races pretty quickly. We have the same insecurities as everyone else and I for one still feel like I don’t really know what I’m doing. I think it’s funny when people come up to me and ask for a selfie. Why would someone want a picture with me? I’m no different to the person I was when I started triathlon – and I guarantee nobody would have asked for a selfie with me then.

Anyway, back to triathlon clubs. People always ask me what’s my top tip to get faster at triathlon. I’ve tried to think of clever answers, but fundamentally, my top tip never changes. Join a club and find fun, like-minded people to train with. Triathletes are a friendly bunch and I’ve rarely met one I don’t get on with. The only triathletes I don’t like are those with over-inflated egos. The overwhelming majority of us, both age groupers and pros, are simply people who like swimming, biking and running. How quickly we do that is irrelevant. It’s the common ground that means we can be friends. So if you’re thinking about what you can do in 2016 to get the best out of yourself – how about turning up at one of the local tri club sessions. I guarantee you won’t regret it! 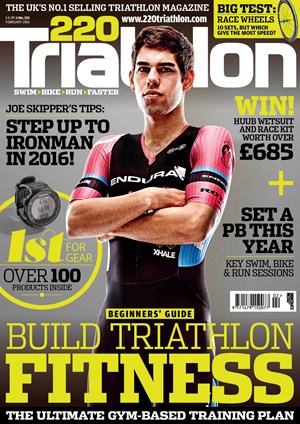 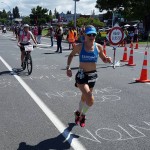 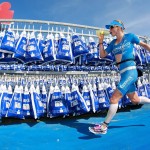