I’d always planned Ironman New Zealand as a ‘holiday race’. My boyfriend was going to be working down under for a couple of months so I figured it was the perfect opportunity to escape a cold UK February and do some training in the sun and then fit in an early season race at the end.

However when I boarded the plane out there a month ago I thought the odds of me starting the race were more or less minimal. I picked up an injury after Kona so didn’t start running until December. Then, at Christmas, a seemingly innocuous ankle sprain that turned into something more stopped me running through January and the first half of February. In fact I only started running again 2.5 weeks before the race. So I was really in two minds about whether or not to start. Obviously I knew I wouldn’t be run fit. And I really didn’t want to turn a healing injury into something that would bother me for longer. But I know what I’m like and I guess as soon as I started running again pain free (my first pain free run was 10 days before the race) the writing was on the wall. I’d never be able to resist starting a race I’ve always wanted to do when I was staying less than an hour away…..

I was definitely a bit scared going into the race. Scared about how much it would hurt (my memories of Kona are less than pretty!), scared that I might not be able to finish the run and scared that I wouldn’t let myself pull out even if I knew it was an injury stopping me run. And while I was resting in race week, I have to admit there was a bit of me wishing I’d decided not to race. Campbell had some days off work and was doing some amazing mountain bike rides and off road hike-runs and I was jealous! I felt as though I was depriving myself from exploring New Zealand by starting a race I might not be able to finish. Yet equally I was kind of intrigued to see what would happen on the run. How hard would a marathon be without any run mileage in the legs? I’m not one to run from a challenge so I guess in some way the uncertainty was a big lure to the race!

As it turns out I’m glad I had the guts to start. Taupo is a stunning place to put on an event, the weather wad perfect, the locals definitely know how to support an Ironman and all in all my day went pretty well.

I had a very decent swim for me.

I rode better than ever and didn’t let a puncture 20 miles into the race play with my head too much (in fact maybe it made my day – never before has the phrase ‘the only pace is suicide pace’ seem more apt). I was angry from that point on, having ridden myself up from 11th to 6th and then ended up back in 12th and my riding reflected this! Apparently I ended up with the bike course record despite the puncture.

And I suffered round the run in not too shabby a time. I actually felt pretty good for the first 10 miles or so. But perhaps unsurprisingly, calves and soles of the feet take a pretty big battering when they’re unaccustomed to running! People kept asking me after the race ‘did you ever think about chasing Meredith?’ (I think the gap to her after the bike was down to 2 or 3 minutes). Quite honestly, on Saturday, I would have been crazy to try to race that marathon. I needed to just do my own thing and tick off one mile at a time. Starting fast would almost certainly have resulted in a DNF, and while I was running slower than I would like to when run fit and definitely didn’t have my normal final 10km push for home, I never actually blew up. Meredith is a bit of a hero of mine and I’m more than happy to come second behind such a gracious legend. I went into the race not really certain whether or not I would finish and certainly didn’t expect to end up on the podium.

I’ve done a lot of Ironman races now and each one I do teaches me something new about myself. Every race throws up a unique set of mental and physical challenges and I guess this is what makes our sport quite so special. I put together the absolute best performance I could have expected from myself with current fitness on Saturday and am proud I had the guts to start. To quote Meredith, ‘Find gumption and rise above it’. I believe I did that. 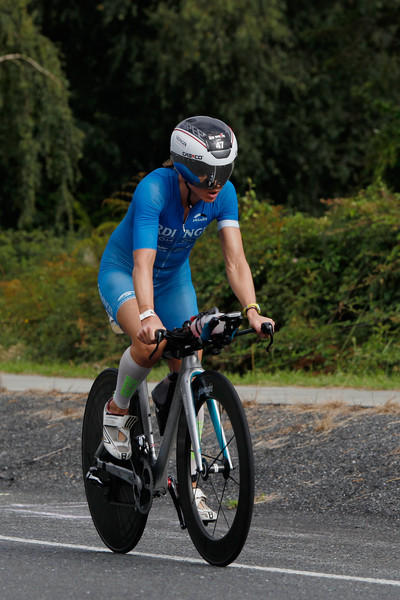 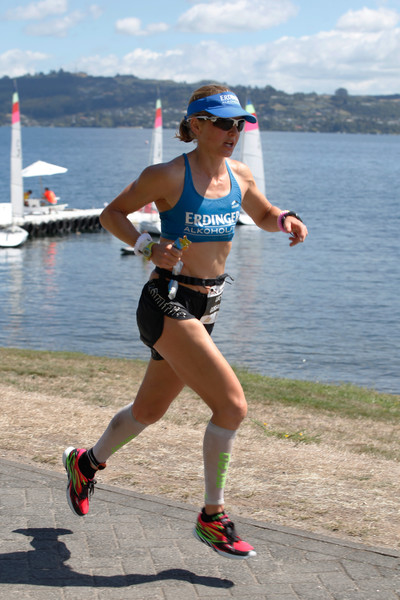