A new year, a new start, a new life

On the eve of a challenge I’m excited but scared. Nervous, edgy, energised.

Intimidated. Am I good enough? Should I be here? Do I deserve my place at the start?

I’ve made sacrifices to get here, invested a lot. Will it be worth it? Should I turn back?

So tempting to retreat to the comfort of the familiar.

And then I find a rhythm and start to progress. Gently at first, an eternal slow starter.

But progress is progress and the tortoise will beat the hare. Keep cool, calm and collected. Look forwards not back.

And before I know it I’ve got somewhere. I’ve finished the first stage. Things start looking brighter. Perhaps even fun.

The second bit’s the longest. With high peaks and low troughs.

For the most part I’m loving it. Moving smoothly towards my goal.

Not stressed, not pressured. In control of my pace.

A constant effort gets rewarded. The odd big push, the odd freewheel.

At times I work with colleagues but mostly on my own. The occasional accolade keeps motivation high.

And then onto the final stage, the bit that always hurts. The phase that separates the men from the boys.

The culmination of years of work; it all comes down to this.

Time to stop smiling. Time to knuckle down.

Not too fast, not too slow, but steady and consistent.

Page by page, step by step.

Before I know it I’m half way. The next bit will hurt. Focus, concentrate. The end isn’t far.

The last bit is hardest. I know I’m almost there.

I can almost taste the finish, can nearly taste victory.

Yet I can’t let myself believe it, not until I’m actually there.

And then, I see the finish. I’ve made it. At last! The elation I’ve been building is suddenly released.

I go mental. Ecstatic. Euphoric. I cry. I can’t quite believe it. It’s done.

And then. I’m exhausted. Empty. Spent. Completely and utterly wiped out.

It’s more than just finishing but doing the best I could do. Giving everything I had to the end.

It’s not where I finish, the numbers or the time.

Satisfaction comes from doing my best; From persisting through tough times; From not giving up. From pushing on right to the end.

Pride doesn’t come from winning but from effort and guts. From doing the job as well as I could.

I don’t have to be the best to be proud but I do have to try.

So I’m not a poet… But this (or something similar) came to me on a lonely early morning ride in the dark when I was in the middle of writing up my PhD. I didn’t dare write it down until I’d handed in my PhD in case I didn’t quite make it. Am I talking about my PhD or about Ironman? Who knows, but I’m not sure I’d realised until that ride quite how similar the two are. Finishing my PhD is without a doubt, the hardest thing I have ever done; harder than medical school finals; harder than post-grad medical exams; harder than any Ironman.

In terms of a journey, it certainly had its share of highs and lows. I moved to Cambridge from Nottingham in 2008. I’d been working as a cancer doctor (which I loved), lived in my own flat, had a good circle of friends and loved training with TFN. Moving into student accommodation in Cambridge without my network of friends was a big step down. And for the first year I really questioned why on earth I’d uprooted myself to move here.

I guess I’ve realised that fate works in funny ways. The tough start to my PhD meant I started to train a bit harder and I realised there is more to life than climbing a career ladder. It’s better to be half-way up a ladder you want to climb than at the top of one you don’t. I certainly didn’t expect to have three ironman wins, two European duathlon titles and be racing as a pro triathlete at the end of it. Despite this, somehow, against all the odds, overall I’ve produced a PhD I’m proud of. It’s not the best, but it’s good and it adds a small piece to the enormous cancer jigsaw puzzle. It’s not quite over – I’ve still got a viva (which is reputed to be traumatic…) and need to get the final chapters published. But the hardest bit is done.

And as of 1st April, assuming I get it approved by the NHS, I’m going to be ‘working’ and training as a full time triathlete for a couple of years before I return to my proper job and career as an NHS cancer doctor.

Excited? Yes. Terrified? Yes. Change is always scary but this decision is one I’m 100% certain is the right one.

I’m very grateful to have some brilliant sponsors on board. Particularly Erdinger Alkoholfrei and Chain Reaction cycles who are making a sabbatical financially viable.

But also Blue Seventy, High Five, Compressport, Lightweight Wheels, Saucony, Bloc and Meridian Foods for their loyal support over the last few years. I hope to announce a few other new ones in the near future.

Who knows what will happen? I may not get faster. But I reckon I’ve earned the chance to give myself a go. And as long as I enjoy trying and keep doing it because I want to be doing it, I don’t think I can go too far wrong.

Bring on the fun times and happy new year! 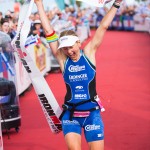 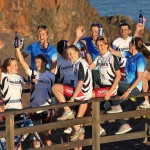