You can’t ask more than that.

Ironman Wales was always going to be epic and was never going to be easy. It’s renowned as a seriously tough course. The bike is hilly, the run is hilly and even the swim can be hilly. Add in a bit of rain and you’re looking at a hard, long day out. Perfect for me then….

I don’t think I was really expected to win this race. Deep down, I believed I could, but thought it would take a perfect race from me and expected it to be very close, with potentially a battle between 3 or 4 of us over the last mile or so of the run. As John Levison from tri247 said, “smashfest required”. I’d taken some confidence from my performance at Ironman UK where I had raced well within myself and I felt like I had recovered reasonably well with a pyramid of easy, moderate, hard, moderate, easy weeks of training. However, it was a strong pro field including last year’s winner and the girls who had finished 3rd and 4th at Roth, as well as 2 or 3 others who I expected to be in the mix. So, assuming I had a good day, I was expecting to be chasing and to be chased on the run, potentially making for an exciting and very close race.

Tenby is absolutely stunning. And, unlike many race locations, the Tenby locals love the Ironman. So much so that shopkeepers in Saundersfoot were cheering me as I did an easy jog on the Saturday. And the guy who served me my rice pudding breakfast in Sainsbury’s the day before the race even emailed me after to say he couldn’t believe I’d won. Forget Ironkids, I think there is a market for Ironpensioners in Tenby and I’m only half joking. Everyone was behind the race and I’ve never raced anywhere where I’ve felt quite as welcomed by the local community. I was lucky to be staying with the most delightful 75 year old couple in Saundersfoot. Both are fit as fiddles, both were as excited about the race as me, and they are probably the most content people I’ve ever met. If I’m as happy as they are when I’m their age, I’ll know I’ve had a good life.

Anyhow, in a nutshell I had a good day! My swim was average. I got beaten up by some of the male age groupers swimming over me and struggled to get into a rhythm. I exited the water thinking it was disastrous but it turns out it wasn’t quite as bad as I thought it was though I didn’t realise this until after the race. You then have a 1km run up the hill to transition – the run is completely lined by crowds and though it looks horrendously steep from the beach, during the race I quite enjoyed it. It’s hard not to with so many people cheering.

So onto the bike – this was the bit I had been looking forward to. 112 hilly miles of beautiful scenery I’d never seen before is more or less my idea of heaven. Chris, my coach, had been worried I’d bike too hard. I think he still thinks I did a bit, but I reckon I stuck to plan…. Uber bike Regula Rohrbach passed me at about 20 miles – I had been glancing at my power meter and knew I was riding well and she looked like she was working pretty hard so I let her go and stuck to my own pace. I then passed Simone Baendli and eventually Julia Gajer at 40 miles or so. So far so good; all going as expected. It was going to be a close run with me chasing Regula and Julia chasing both of us. I kept riding my own speed using the power meter to make sure I kept working on the downhills and didn’t surge too much on the uphills. And as usual I had a bit of a rant at a couple of the male pros who were blatantly drafting off each other and another age grouper about 50m ahead of me.…

I was absolutely loving this ride – even the rain didn’t bother me other than making cornering somewhat treacherous.

And then I saw Regula at the bottom of one of the steep climbs. This was unexpected…. Chris, I guess this is probably the only time I didn’t stick to plan. I surged past her and the 3 guys who’d been pack riding ahead of me, and then got away from them on the descent. Yes, I made a break on a descent. Never before and probably never again! To be fair this was a good move; firstly it gave me a gap. Secondly it put me into the lead just before “Heartbreak hill” which gave me the most enormous ego boost. The support there was incredible – honestly I’ve never experienced anything quite like it. I was almost crying as I was riding up – it was unbelievable. I’d love to know what my power was riding up there but I’m almost certain I wasn’t sticking to plan at that stage…

Anyhow once I’d got that gap I kept it with no-one in sight behind or ahead and rode the rest of the bike on my own, passing the slower riders a lap behind. I slowed very marginally but much less than most so ended up passing a few of the men who had gone ahead in the first lap (I was passed by Magnus Backstedt though!) and knew I was gradually building a bit of a lead from Regula. Unfortunately Julia had lost significant time with a puncture so was way behind.

So, onto the run. Before the race I’d envisaged lots of scenarios but coming onto the run first wasn’t one of them! Time to think. ‘OK Goss, get into a rhythm and see where you are at the turnaround’. It’s one hell of a tough run course, all either up or down and I swear there is probably only 100m of flat. In previous years the run has been 2 or 3km short. Great – I was winning so a short run would be fine thank-you very much. Or not – I realised after the first lap that I wasn’t going to get away with a 24 miler and would be doing a proper marathon. ‘OK, it is what it is, focus, concentrate on breathing and rhythm, stay relaxed, try not to get a stitch on the downhill, no need for heroics.’ I knew I was increasing my lead by around 5 or 6 minutes each lap so didn’t try to do anything stupid – just keep it steady and tick off the miles until you get there. On a course this brutal anything can happen and I didn’t want to be the one who blew with 5km to go! There were so many people shouting my name and cheering as I ran – I wish I could have smiled more but I was just trying to stay in the zone and concentrate on a rhythm. Running a hilly marathon takes concentration.

And then I got to the finish. Which was incredible. This win was special. Of course I went mental. Again. There’s nothing quite like winning an Ironman to bring out my crazy streak.

I wanted to win this race so much and am so very proud that I did. It’s taken a while but I guess I’m finally starting to realise that I am quite good at this Ironman malarkey. I still pinch myself every now and then. This wasn’t what I planned when I fell into my first Ironman all those years ago. But I guess life is a journey and you go where it takes you. Hard work, patience, and passion can get you a long way. And what I’ve learnt this time is that a bit of self-belief can take you a whole lot further.

Thanks as always to all my sponsors. Thanks to Tenby and Saundersfoot who welcomed the lycra clad ‘aliens’ with open arms. Thanks to everyone who cheered me on the run and bike. And enormous thanks to my parents who are now officially ‘professional supporters’ – though dad needs some lessons on controlling nerves pre-race!

My season’s pretty much done now so it’s time to lock myself away and focus on finishing my PhD before Christmas. 3 or 4 months of hibernation and then look forwards to what I hope will be a smashfest 2014! 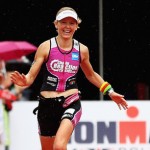 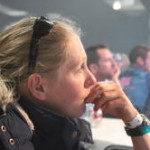 A new year, a new start, a new life