One of the things I like most about triathlon is the challenge it brings. Entering the unknown is exciting. I love it and hate it at the same time. This year, having made the decision not to race Kona, I wanted to end the year with something I’d not done before. I didn’t want to finish my season in Wales – it felt too early. But equally, I didn’t really want to have to carry on training to maintain my fitness for a later race. So, randomly, on a bike ride in late July, I decided, what the hell, I’d go for a ‘dirty double’. 2 Ironman races 13 days apart. Italy seemed the perfect location for an end of season blow out. And if I found myself there smashed after Wales, it would be an equally good location for an end of season holiday. So in my book, it was win-win. Decision made.

I was perhaps more relaxed going into Italy than I have been entering any race in a long time. I felt I had absolutely nothing to lose and nothing to prove. I was racing just to see if I could, purely for fun. I had dared myself to try something crazy, perhaps not dissimilar to the way I entered my first Ironman all those years ago. Going into the race, I felt surprisingly good. I’d worked the week after Wales, but then had the week before Italy off. My holiday had started with my cousin’s wedding in Biarritz and I went from there, via Cambridge, to Italy on the Tuesday. The hardest bit about the whole challenge, was trying to recover around hectic working days that first week. Outside of work I prioritised sleep and good nutrition over anything else. Raceforce were a godsend collecting my bike from TFN in Nottingham (who gave it a quick MOT) and transporting it to and from Italy for me. In a week when I had no time to breathe, this was a luxury. In contrast, when I got out to Italy, I had ample time to do nothing. In fact, I had so much time I almost got bored. Boredom in my life is a rarity; I’m not good at doing nothing. But sometimes, doing nothing does you good and having a few days with minimal stress meant that I was mentally perhaps more up for Italy than I have been for any other race this year. And physically, other than some tight calves, I felt pretty good. I’ve been using Xendurance for the last few months and I’m sure this helped my quick bounce-back between the 2 races.

Ironman Italy is a fabulous ‘holiday’ race. The sea is beautiful. The bike is two laps; mainly flat and fast with a decent climb you do twice but a couple of miles long. The run is interesting; 4 laps weaving in and out of town with a variety of twists, turns and different surfaces. The organization was exceptional (particularly given it’s the inaugural event). The atmosphere was pumping. And the sun was shining. There was nothing not to like (other than some drafting).

In terms of my day – needless to say I had a good one. I’d planned to race my own race and not worry about what was going on ahead or behind me until the second half of the run. I actually felt amazing on the swim and bike and I deliberately had to hold back on the first lap of the bike to make sure I could ride the second lap strongly as I’d planned. Going on to the run, energy wise I felt good, but a couple of miles in and my legs were tight. They knew they’d done a marathon 13 days before. It did cross my mind at the start of the run that, perhaps, if I went for it, I might just be able to nail another sub 9. But I knew that winning was more important to me than the time. I’d have been furious if I messed it up and pulled a muscle by getting cocky, resulting in a long walk home. And the chances of me being able to pull it off were slim anyway. So I used the ‘world class coaching team’ of mum and dad to pace my run according to what was going on behind me. Dad was getting splits from the tracker at home and texting them to mum, who would then yell them out to me when I passed her. Who would have thought a solicitor and a sex-therapist could do a triathlon coach double act quite as well as they do. They’ve come a long way since my first ironman when they just told me how wonderful I was and to take it easy if it was tough!

I’m on the plane at the moment, and just before taking off, I read this lovely article John Levison wrote about me [www.tri247.com].  I’ve re-read it. And re-read it. And re-read it. And honestly, hand on heart, it seems as though it’s about someone else. Of course I know it’s all happened. But in my head, I’m still Lucy, the untidy, talkative, chaotic cancer doctor, fumbling my way through triathlon on a ‘make-it up as you go along’ basis. The girl who never wears matching kit, who always has oil marks on her legs. The girl who makes up her training day by day, the girl who gets dropped on club rides. The girl who says to Nikki Bartlett in Staffs 70.3 ‘Are we riding well?’.

I think that it’s going to take a while for the last couple of weeks to sink in. I never really processed Wales, because, literally, as soon as I crossed the finish line I started thinking about Italy. Tomorrow I’ll be back at work and it will be as though none of this has happened. I’ll see patients whose stories will make triathlon seem entirely inconsequential. And in many ways it is inconsequential. But then again, it isn’t. Completing an Ironman changes anyone for the better; the challenge, the hurt and the fear of the unknown. Triathlon has changed me for sure. I struggle with the disparities between my 2 careers at the moment. Which is more important and which do I love most? Honestly, I don’t know. I love them both. This time last year, I wondered if I would have to choose one over the other. I’m proud that, for 2017 at least, I’ve shown they can be complimentary. Going back to work might have stolen a little bit of my speed but I reckon it’s added some gumption. 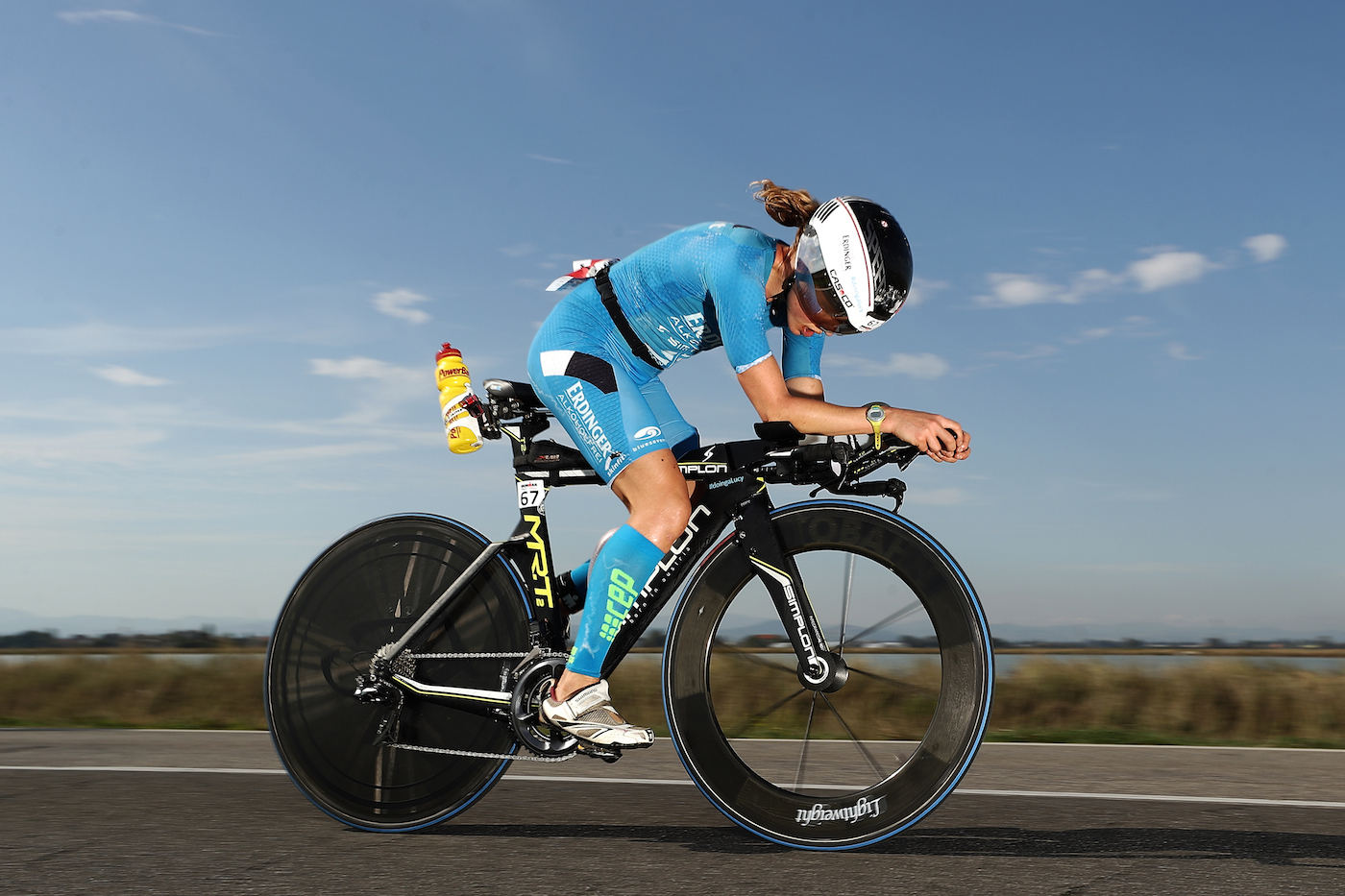 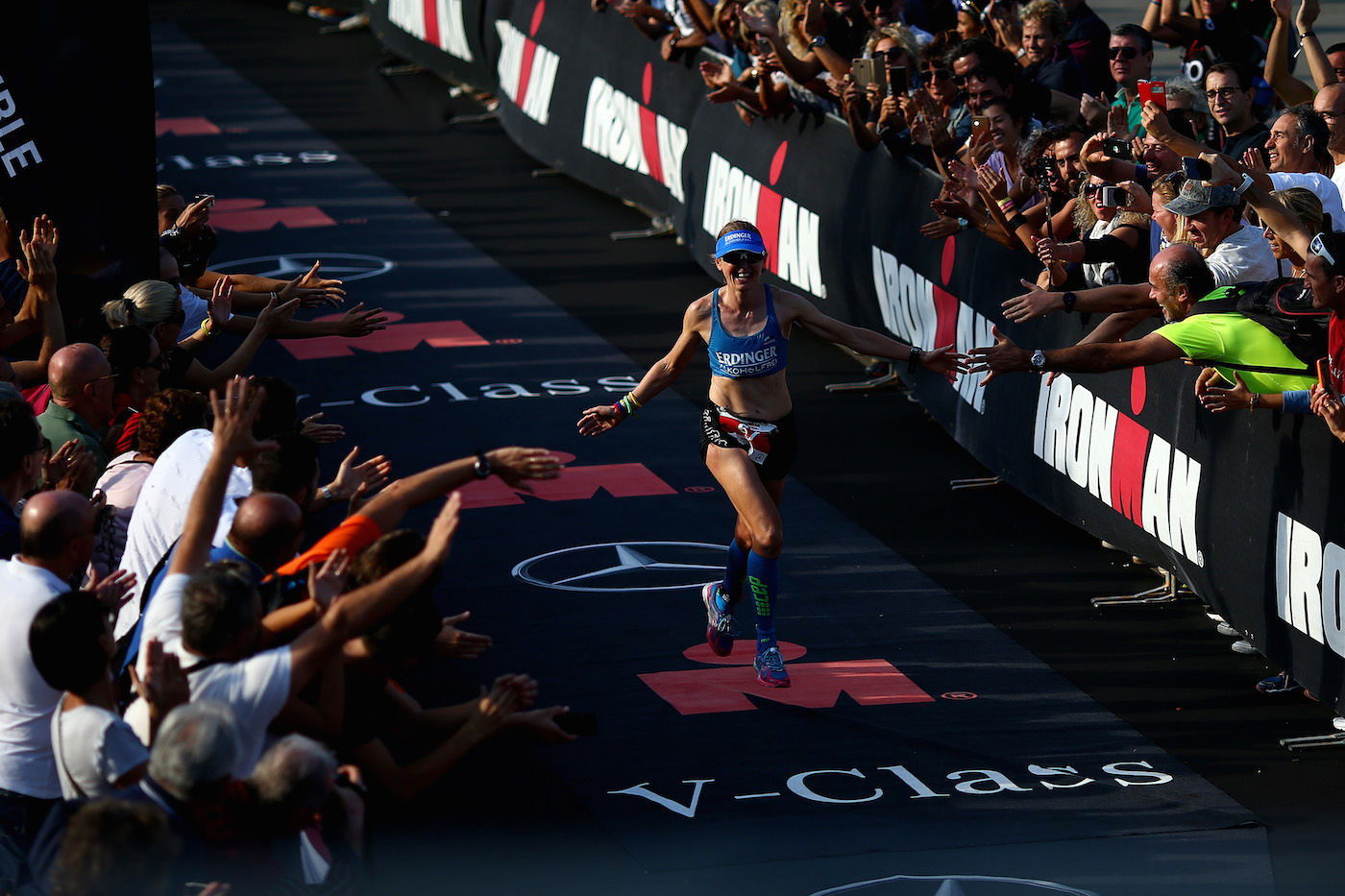 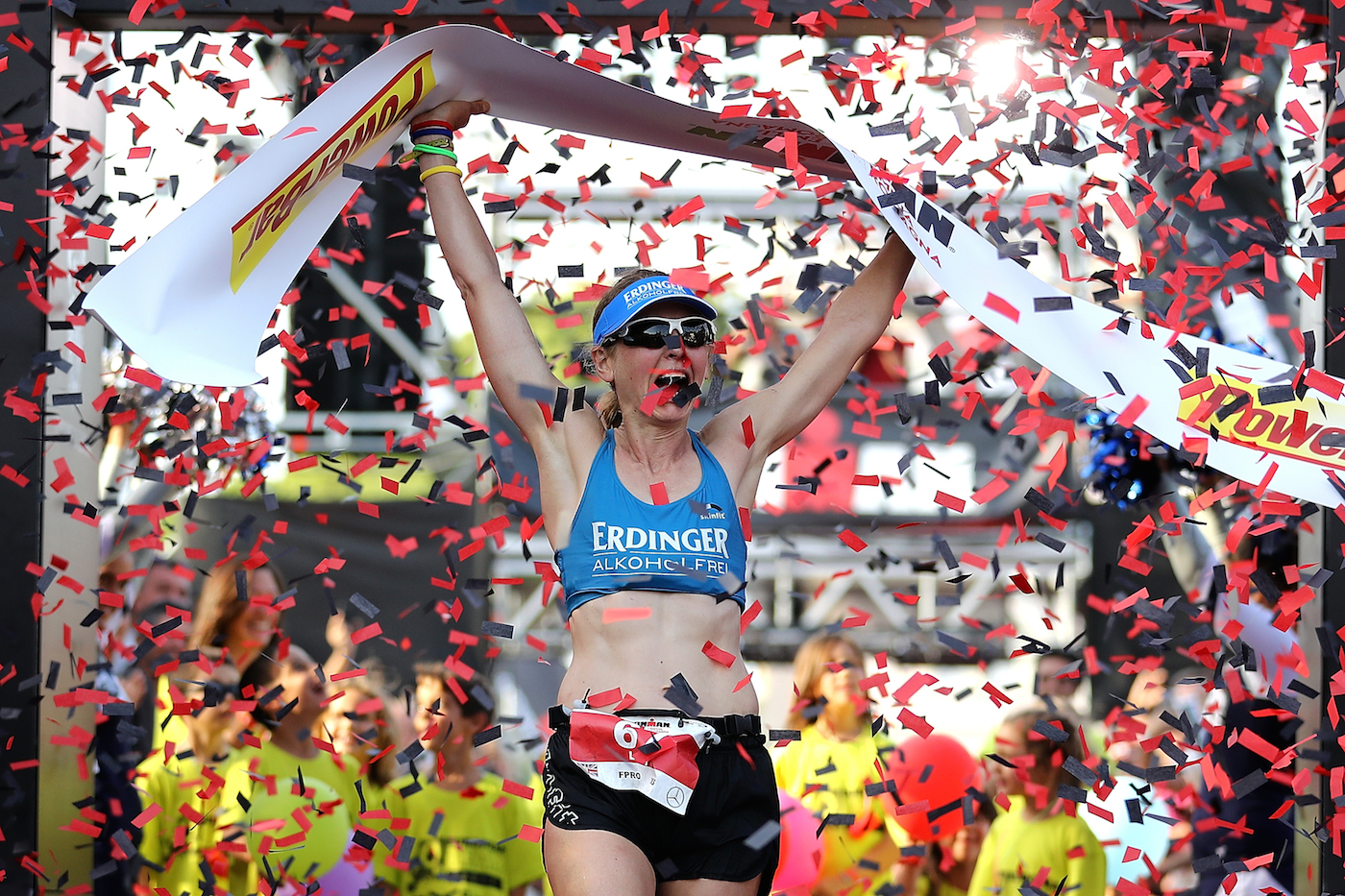 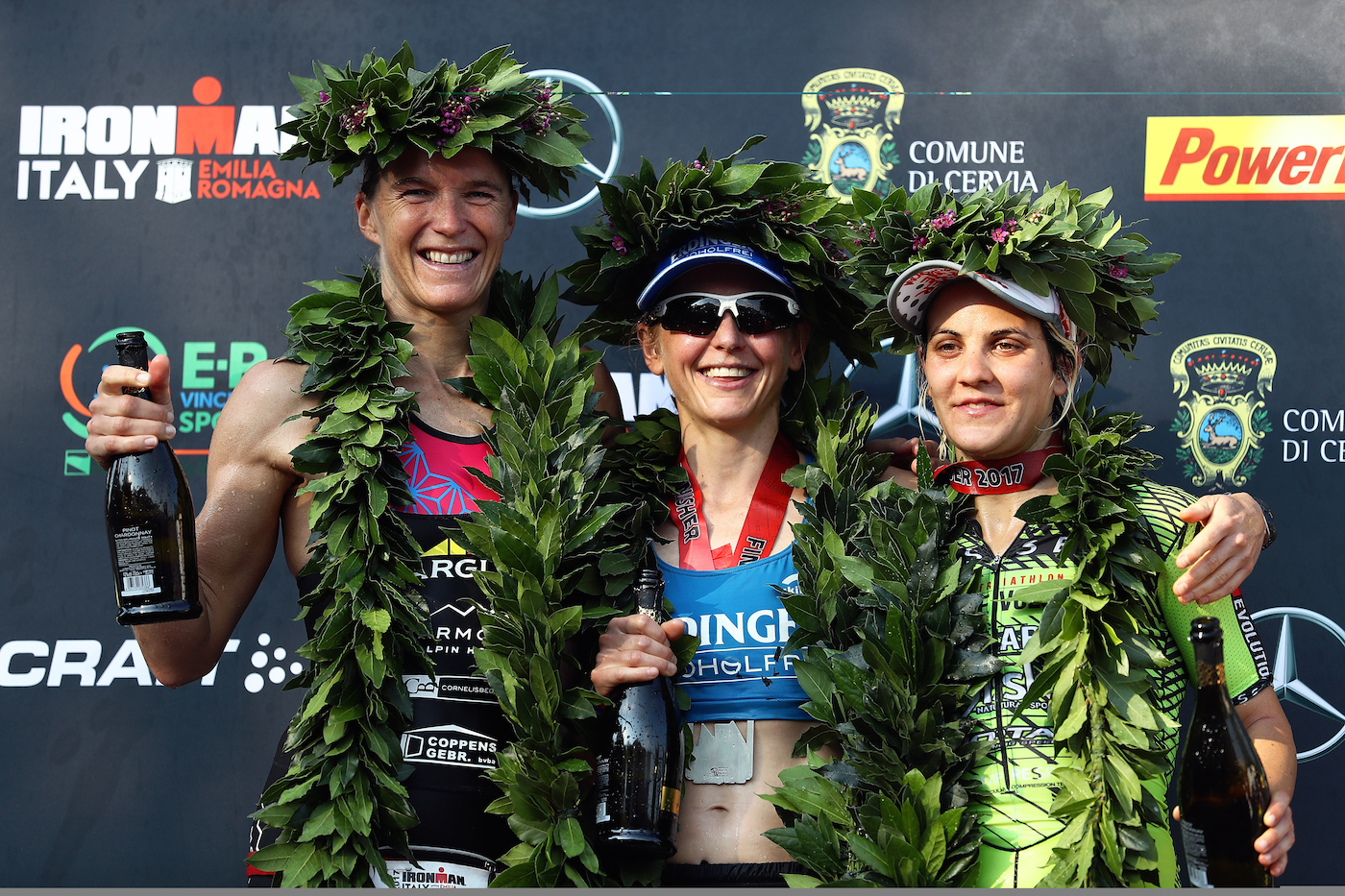 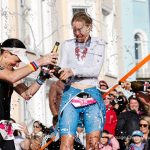 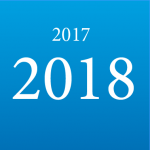