It’s a while since I’ve put pen to paper. If I’m honest with myself I know this was partly because I didn’t want to dwell too much on the tough times as a pro; I don’t like admitting it hurts when things don’t go to plan! And partly I guess, when I started to see the light on the other side I didn’t want to tempt fate by writing a positive blog too soon…. But race season is now only 8 weeks away for me and so I guess it’s time for an update.

So all in all, I’ve thoroughly enjoyed my off season. In light of my Achilles, I had a couple of months off running after Kona which actually gave me the time (and energy) to do the fun stuff I don’t normally do on the bike. Lots of group rides, even joining in with the sprints every now and then, and a ton of mountain biking. Riding for the hell of it without structure or real purpose. Some days were smashfests, some days were pootles, and lots of rides included café stops. Riding because I love to ride, not because I have to. Good for the soul and probably good for my riding too.

This was balanced with a bit more swimming. Anyone who’s followed me over the years will know swimming is something I struggle with. The harder I try the slower I go, and often I think my negative psychology at the start of swim sessions translates into even poorer performance. I’m never going to be good at something I hate. So I decided this winter I’d try a different tactic and join the City of Cambridge masters again. I’ve done this previously a few years ago and hated it – at that time it was me and a bunch of kids swimming at 5.30 am. I could never keep up, there was never any banter and it certainly didn’t do my swimming or my morale any favours. This time, we’ve got a really good group of adults who turn up for the morning swims (I say adults but sometimes I think we’re the ones behaving like kids while the kids get on and swim…) Everyone is quicker than me, everyone loves swimming and everyone provides a bit of early morning banter. It turns out if I swim with people who love swimming, I also enjoy swimming. Couple that with café breakfasts to look forward to after and some excellent one to one sessions with Simon Morley, the masters coach, and who knows, perhaps my enjoyment of swimming may translate into better swim splits in the races this year.

Another positive addition to my week has been the hot yoga sessions at Ethos Hot. I was persuaded to try these against my better judgement but was soon convinced of their benefit. Physically they’re hard and I’m convinced they make me stronger, and mentally they provide me with a complete mind cleanse each week. No matter how tired I am before the class I know I will come out feeling better. Who would have thought I’d be someone who’d prioritise yoga over a run or bike session each week.

So there has been lots of good stuff this winter. But I’m not going to pretend it’s all been fun and games. When I wasn’t running, and even when I started jogging again, there was definitely a big cloud hanging over my head. Would my Achilles cause problems in 2015? Would I even be racing in 2015. Doubts like that are hard to deal with and I’m not sure I appreciated how much it affected me until now, when I’m a bit more confident that I will be able to race well this year. My Achilles still isn’t 100% but at the moment it’s good enough and is behaving as I increase my run volume. I’m running a bit less than previously but when I’m running I’m running well, perhaps even better than before. Time will tell but I know I’m looking after it and perhaps the break will have done me the world of good in the long run.

Coupled with these doubts I was extremely disappointed to hear at late notice that Chain Reaction Cycles wouldn’t be renewing my contract in 2015. I’ve loved working with them (particularly Simon and Nigel) over the last 3 seasons and thought we had a great partnership from both sides. So I’m not going to pretend that I didn’t feel abandoned when Chain Reaction cycles decided not to support me in 2015 (I think the decision came from above, not from Simon or Nigel). It’s not just the bike but also meant I lost a big chunk of my income for next year. I may have had a disastrous Kona but I still qualified and you can’t argue with the rest of my results over the last 3 years. Still, sometimes things happen for a reason, and, if I’m able to find myself a faster bike for 2015 then maybe it will work out for the best. Having said that it turns out it’s quite tricky to find new bike sponsors so late in the game – so, if any of the big companies would like to take a punt and let me ride their bikes in 2015 please do get in touch! I’m not a bad bike rider!

In other news I’ve also been put on the out of competition drug testing program. Good news in principle but a pain in the backside in practice. It effectively means I have to provide one hour a day where I am available for testing. I absolutely support this but if I’m honest, getting this email the week after I lost my bike sponsor did make me feel a bit like all Kona had given me was a long walk, no bike sponsor and a curfew!

Anyway, with or without a bike sponsor I’m lining up to race Ironman South Africa in 8 weeks time. Perhaps I’ll take the Pashley – at least the bell would come in useful to scare the monkeys off the course! I’m really excited about going back to the race and the country and having not raced properly in a long time I’m strangely excited about getting back into the hurtbox again (last year’s race was by far the hardest and closest race I’ve ever been a part of). I’ve had a couple of great training camps in January to get my ready. The first, in Arizona with a friend, definitely felt more like a holiday than work. The second, in Fuerteventura with Team Erdinger Alkoholfrei definitely felt more like a boot camp than holiday! Both fun and rewarding in different measures and I’m starting to feel like an athlete again. Mentally and physically!

I’m so grateful to the sponsors who have decided to continue supporting me in 2015. Particularly:

Erdinger Alkoholfrei : being a pro wouldn’t be possible without their support and I’m very proud to be part of such a professional team.

Skinfit: kit that makes even me look vaguely stylish

Saucony UK: the running shoes I’ve used ever since I started running

See you at the races! 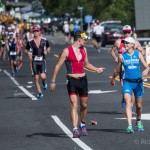 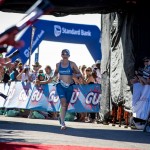 But what if I fall?