I was expecting to be pretty shattered and wiped out right now. But I’d planned on being elated and exhausted post-race, not from two sleepless nights stuck in a bathroom. I seriously feel like someone’s put a curse on this race for me – which makes me all the more determined to crack it one day!

Two years ago I was vomiting on the bike, stopped 3 times on the run for a ‘comfort’ break but somehow managed to finish 3rd.

Last year I was racing with fairly nasty injuries after a bike crash so ‘completed’ the race rather than ‘racing’ it.

And this year I didn’t even make it to the start line.

I’d spent all of Friday night locked in the bathroom but was hoping a focus on rehydration on Saturday with a long sleep would be enough for me to regenerate. Unfortunately fate had other plans entailing a second night in the bathroom. At 1am, after 3 hours of nastiness, I realised racing wouldn’t be possible, let alone sensible, so decided to withdraw. It’s definitely the right decision – last year I would have always been asking ‘what-if’ if I hadn’t raced. This year there was no ‘what-if’. Even I know when I’m beaten every now and then.

So pretty gutting but I’ve had a reasonable run of good luck so need to take it on the chin and look forward to the next race. I’d planned a mid-season break next week and am going to stick to that plan, and then work towards the rest of the season. For some reason, IMUK suddenly seems quite tempting….

Wimbleball, I’m not quitting until I crack you – I’ll be back!

Congrats to Mully, Holly and Amy for their fab races. 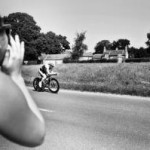